Jim Glaser - Me and My Dream 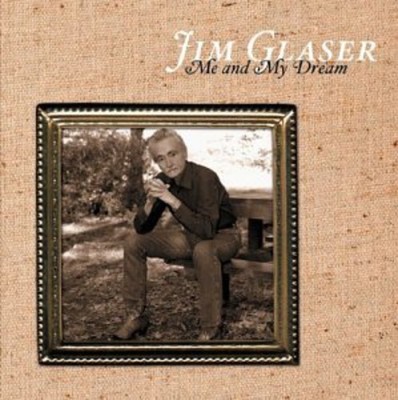 Jim Glaser first gained national attention at age nineteen when he sang the high part on the Marty Robbins'' classic "El Paso." As members of the Grand Ole Opry for fifteen years, Jim Glaser and his brothers (Tompall and Chuck) not only paved the way for modern Country Music groups but also won virtually every group award Country Music had to offer. In 1970 they were named "Vocal Group of the Year," by the Country Music Association. Billboard Magazine named them the most awarded Country group of the time. Glaser was much in demand as a background singer and did countless sessions with the Jordanaires, the Anita Kerr Singers, The Nashville Edition, etc. He sang tenor with many artists including such varied artists as Wayne Newton, Jon Schneider, Bobby Lord, Charley Pride, to name just a few. In the early 1980s, Jim began recording as a solo artist for the newly-formed independent label, Noble Vision Records. His first release, "When You''re Not A Lady," still holds the record for being the most successful first release of a new label, staying on the national charts an incredible 34 weeks. In 1984, his "You''re Getting' To Me Again" hit number one on Billboard's charts, and he was voted Top New Male Vocalist by the Academy of Country Music. His first solo album, the critically-acclaimed "Man In The Mirror," stayed on Billboard''s Magazine's Country Album charts for over a year and a half. The album contained six singles, four of which were Top Ten records on Billboard's charts. As a song writer, Glaser has had songs recorded by Marty Robbins, Johnny Cash, Hank Snow, Warner Mack, Liz Anderson, Skeeter Davis, Bill Anderson, to name just a few. He is co-writer of the Rock and Roll classic by Gary Puckett and the Union Gap, 'Woman, Woman.' Jim Glaser's latest CD, 'Me and My Dream,' contains 11 songs written or co-written my Jim. He did all of the background vocals on the CD--with the exception of one song--on which he was joined by his daughter, Lynn.

Here's what you say about
Jim Glaser - Me and My Dream.