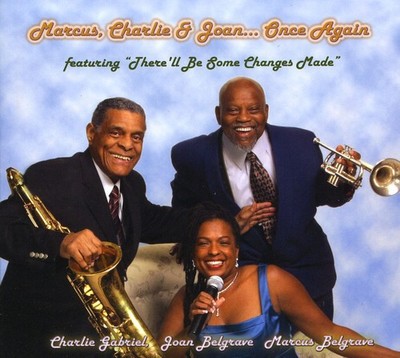 Marcus Belgrave Detroit's legendary, jazz master, trumpeter was born in Chester, PA. He is best known for his long association in playing with Ray Charles. More recently, at the request of Wynton Marsalis, and the Lincoln Center Jazz Orchestra, he represented Detroit as part of the Lincoln Center Motor City Jazz Masters tribute. A tribute which also included Yusef Lateef, Curtis Fuller, Charles McPherson, and Ron Carter. A true musical Renaissance man, there isn't much trumpeter, composer, arranger, educator, recording artist and producer Marcus Belgrave can't boast is on his curriculum vitae. He is a professor of music at Oberlin University, in Oberlin Ohio, is the co-founder of the Jazz Studies Program at the Detroit Metro Arts Complex and the Jazz Development Workshop in Detroit. His career as a player has intersected with an unparalleled variety of musicians across musical generations including Ray Charles (extensively in collaboration), Ella Fitzgerald, Charles Mingus, McCoy Tyner, Dizzy Gillespie, Eric Dolphy, Aretha Franklin, Wynton Marsalis and Joe Henderson. As a mentor to as well as recording with pianist Geri Allen, bassist Bob Hurst, alto saxophonist Kenny Garrett, and percussionist/composer Lawrence Williams. This list of musicians only touches the surface of his musical collaborations. The collective impact of Belgrave's mind, music and vision is felt across the spectrum of identities for which he has become rightfully recognized both within and outside of the jazz community. His tribute to Louis Armstrong is unparalleled and is enthusiastically received by audiences all over the globe. Charlie Gabriel Known to friends and relatives as Charlie 'G', Charlie Gabriel was born in New Orleans, Louisiana, and is a fourth generation New Orleans jazz musician Charlie has played traditional style music with some of the top NewOrleans musicians such as 'Kid Howard,' 'Kid Sheik,' Jim Robinson,George Lewis, etc. Charlie came to Detroit at the age of fourteen. He was so experienced that he was asked to join the Lionel Hampton band at age sixteen. In the early '70s, Charlie was a member of Aretha Franklin's Orchestra. He continued to play throughout the states and abroad, also working with Nancy Wilson. Charlie has worked in and around many of the most famous venues on Bourbon Street in New Orleans. He currently performs with his band, the'Gabriel Traditional Jazz Band,' in the United States, Europe and Asia. He has performed in Barcelona for the Swingfonia Festival as well as the Ascona Jazz Festival in Switzerland. He also is a Traveling member of the Marcus Belgrave Louis Armstrong Tribute Orchestra, As well as a member of the Historic Preservation Hall Jazz Band.... His CD, Live at the Kerrytown Concert House (recorded with Red Richards), won the grand prize for 1994 best CD, presented by the Hot Club de Limoges in France. The Hot Club de Limoges then released a double-CD, Jubile, in 1998, featuring music recorded by Charlie Gabriel, Red Richards (piano/vocal), Reggie Johnson (bass), and Georges Bernasconi (drums)." Charlie Gabriel plays authentic New Orleans traditional jazz, straight-ahead jazz and contemporary music. Joan Belgrave Vocalist, producer, songwriter, Joan began her musical career like so many others, singing in the choir of the Baptist church. Her musical education continued while studying classical voice. Her versatility as a musical stylist allowed her to perform as a vocalist in various genres of music from Jazz, to Soul, to R&B. Whether she is performing with a traditional big band, or a small ensemble of skilled musicians, listen closely and find yourself transported on a musical journey from the 30's to the present, including sweet love songs, sorrowful blues, and swinging beats."Mama this gal's got soul from head to toe"-Leonard Turnevicius, The Hamilton Spectator -Ray Charles Tribute Ensemble with Marcus Belgrave and Curtis Fuller, Canadian tour, "passion and lure...a sense of intimate and everlasting charm"-Pete Fallico, KUSP radio,Santa Cruz, KCSM radio, San Mateo "a class act... gospel, jazz, blues and neo soul....Joan is the evolution of the blues"- Afrikahn Jahmal Dayvs, KKUP- FM.

Here's what you say about
Marcus Belgrave - Marcus Charlie & Joan.. Once Again.