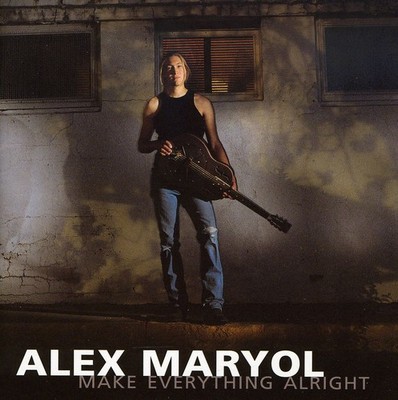 Alex Maryol has been impressing audiences for a number of years and he's just getting started. A native of Santa Fe, NM Maryol has been dubbed one of the most promising musicians and songwriters of the region. Playing the guitar when he was only seven years old, Maryol began developing musical tastes when most kids learn to ride bikes. After listening to Chuck Berry, Fats Domino and Johnny Rivers with his dad, his appreciation for the blues took hold early in high school. He bacame a fan of the Rolling Stones and began studying roots musicians like Robert Johnson, R.L. Burnside and Stevie Ray Vaugh. 'Really all modern music - rock, funk, all of it - can be traced back to the blues,' Maryol says. With exposure to the blues legends, Maryol set out to formulate songs and sounds which resonate with the high-energy electric blues rock. At 18, Maryol released his first CD, 'They Call Me Lefty', and at 19, he was performing five nights-a-week at popular bars and clubs in the West. By the time he was 20, Maryol was part of the lineup at NM's famous Thirsty Ear Festival along with some of his personal heroes- Alvin Youngblood Hart, Corey Harris, Kenny Brown and Cedric Burnside. As for the Telluride Blues and Brews Festival, Maryol is already a veteran. He played the main stage at the Blues & Brews fest in '02, '03 and '05 and performed nightly 'Juke Joint' showcases in '02, '03, '04 and '05. His second CD 'Make Everything Alright' was released in June of 2003. Maryol's live shows are 'events'. From the moment he takes the stage the audience is on there feet, dancing and well dancing. If you don't dance you will after seeing a live performance. Maryol Rocks while playing the Blues!

Here's what you say about
Alex Maryol - Make Everything Alright.