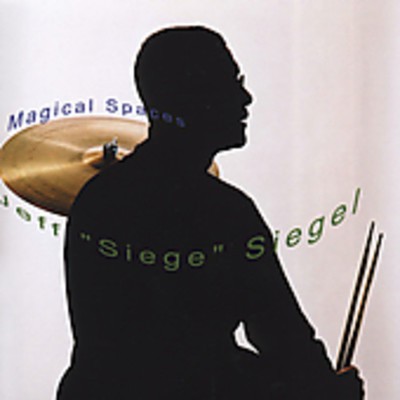 Artist Information Instrumentation Erica Lindsay - Tenor Saxophone Francesca Tanksley - Piano Tim Strong - vocal (on 'Peaceful') Danton Boller - Acoustic Bass Jeff 'Siege' Siegel - Drums JEFF 'SIEGE' SIEGEL - drums, percussion, composition ----- Drummer/Composer Jeff "Siege" Siegel is a veteran of the New York Jazz Scene and has worked with a virtual "who's who" of artists. A member of the Sir Roland Hanna Trio from 1994-'99, Siegel's diverse career has also led him to perform and/or record with legends such as Ron Carter, Kenny Burrell, Jack DeJohnette, Benny Golson, Frank Foster, Shiela Jordan, Helen Merrill, Mose Allison and many more. He has also performed and/or recorded with the younger generation of musicians such as Dave Douglas, Stefon Harris, Kurt Elling, Ravi Coltrane, Ryan Kisor and Steve Turre. He has worked in the avant garde world as well with Wadada Leo Smith, Baikida Carroll and others. He is co-leader of the Stevens, Siegel & Ferguson Trio as well as The New York Trio Project. Siegel has been described in Jazz World Magazine as a "brilliant drummer", while lauded in Modern Drummer for his "forward energy and abundantly attractive ideas ". "His playing is always tasteful whether it be in forceful, intense situations or in quiet, supporting roles . His writing is intriguing" notes the Green Mountain Jazz Messenger. An active educator, Siegel teaches Jazz drumming at the State University of New York at New Paltz as well as at Western Connecticut State University. He has performed clinics throughout Europe and the United States. He holds a Masters Degree in Jazz from Queens College where he studied composition with Jimmy Heath and has subsequently been the recipient of several grants from Meet the Composer. He is an endorser for Vic Firth Drumsticks. His new CD "Magical Spaces" featuring his quartet can be heard on the CAP Record label. "...Magical Spaces' is the kind of CD that you want to listen to over and over. Jeff's musicality is incredible. He is so tasty as a percussionist and he has become a fine composer/arranger with a good melodic concept and harmonic depth. The group performance is remarkable." -- Jimmy Heath "...Thanks for: 1. The sound of the music 2. The sound of the musicianship. 3. The sound of the music on the CD. --- Ron Carter 'Jeff Siegel's new CD, Magical Spaces, is a musical offering that emphasizes not only Jeff's fine drumming skills but displays his compositional talent as well'. --- Jack DeJohnette 'One of last year's most blissful releases has to be "Magical Spaces" by Jeff 'Siege' Siegel.' --- Jos Demol, Jazzmozaiek, Belgium ' Siegel and his compatriots found a field full of spaces and grew a garden of simple beauty and infinite color.' --- J. Hunter, Albanyjazz.com ' Keeping the straight-ahead flame alive, Jeff Siegel propels his quartet dynamically on this program of fresh originals. He's captured the essence of mainstream quartet 'magic' through his use of the same basic elements that drove the John Coltrane Quartet: improvisation and emotion bed together with a proven mix of melody, harmony, and rhythm... It's not just 'magic' on a scale of 1 to 5 stars. Siegel's Straght-Ahead session merits at least 5 stars. --- Jim Santella, Cadence ' Mr. Siegel's compositional talents and tasteful drumming will leave many listeners wanting more... --- John Patten, Jazz Improv The Jeff 'Siege' Siegel Quartet is the recent winner of the 'Honorable Mention' Award in the 2005 International Songwriting Competition. The song 'Rag Tag' by Jeff Siegel was chosen as a finalist in the 'Performance' category. The live recording of 'Rag Tag' was from a Radio Concert for Radio Bremen in March, 2005. This song will be featured on the upcoming CD 'Live in Europe'.

Here's what you say about
Jeff "Siege" Siegel - Magical Spaces.