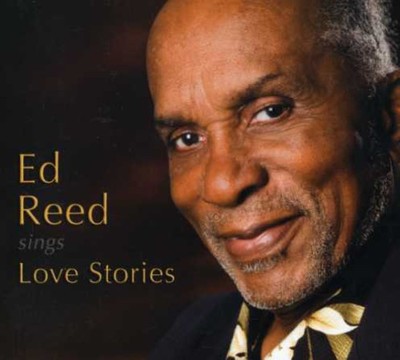 'A brilliant, idiosyncratic song stylist who turns each piece into an emotionally taut tale.' -Andrew Gilbert, San Jose Mercury News 'Where have you been hiding, Ed Reed? The entire jazz world needs to hear you!' -Sheila Jordan This project - my first recording, has been a long time coming. Growing up in Watts in the 30s and 40s provided a rare musical learning environment. I was in high school talent shows with "Little Esther" Phillips and Bobby Nunn of the Coasters. I learned to sing chord changes from the man who would become jazz master Charles Mingus while he was minding his sister's kids across the street from my house. I left high school before graduation - alienated by teachers who wanted me to go to shoe shop when I wanted to study debate - and joined the Army where I became addicted to heroin. I served four stints in San Quentin and Folsom prisons on drug-related charges. Thanks to my love of jazz I was able to survive those ordeals. In two of my incarcerations, I was a featured singer in the warden's show performing with an inmate big band and Art Pepper soloing on all of my tunes. When I wasn't doing time, I did many "open mikes" with jazz greats like Wardell Gray, Art Farmer, Hampton Hawes, Dexter Gordon, and others. I learned "A Sleepin' Bee" - the lead song on this recording - during one of my stints in prison. Every week we were given one-half hour to listen to jazz on the radio. We jazz lovers were really hungry for new music and the radio was our only access to it. So, we developed a process to collectively learn new tunes. Whenever we heard something unfamiliar that we liked, each of us - often up to 20 of us - learned as much of the tune as possible. The next day we would meet in the yard with a guitarist and painstakingly attempt to put the fragments of melody, chords, and lyrics together. Sometimes it took several months to recreate a single tune. When we heard Bill Henderson sing "A Sleepin' Bee," it became one of our favorites and we learned it quickly. I've loved the tune ever since, and sing it every chance I get. In 1986, after 40 years of drug addiction, I finally got into a program of drug and alcohol recovery, which allowed me to do the "day job" I love - program planning and development, training, and creating a successful lecture series on the art and practice of living well. And now I've had the privilege to make this recording with a remarkable ensemble of New York and Bay Area musicians. Life has been good to me! We think this record is pretty special. The songs are some of the most beautiful I have ever known. Most of them have haunted me since I first heard them many years ago. I am so pleased to be able to share my rendition of these wonderful tunes with you. I hope you enjoy listening to them as much as I do singing them.

Here's what you say about
Ed Reed - Love Stories.