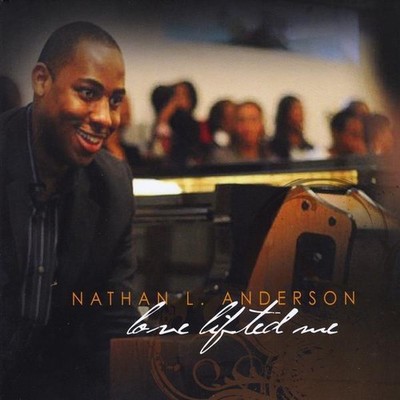 The songs presented here range all the way from the upbeat, contemporary-styled gospel genre, to the plaintive-yet-reverent presentation of traditional Negro spirituals and hymns, and then to the contemplative, restful sounds of blended vocal and instrumental excellence. Every piece on the CD represents a worshipful praise and acknowledgement of our Creator, which is the way that Nathan chose to life his life. CD Number-1 opens with an introductory statement by Nathan's mother, Ruby O. Anderson, followed by a brief orchestral arrangement tribute by Adrian T. Westney, Jr., producer for this CD project. Mr. Westney (affectionately known as "A.T.") served as a role model and musical mentor during Nathan's very early childhood and developmental years. It seems only natural that A.T. would lead in the production of this project, and for that Ruby, Nicole, Nichelle, and I are eternally grateful. The next 6 selections after A.T.'s tribute demonstrate Nathan's gifted writing and playing skills within the upbeat contemporary gospel realm enjoyed by many listeners. Then there is a transition to his arrangement of an old standard, well-loved hymn. From there we move to Nathan's own very brief vocal music testimony, and then to the title song, Love Lifted Me, which features his multiple instrumental talents. CD Number-2 opens with a series of 8 consecutive deeply-reflective vocal and instrumental selections, beginning with Nichelle's rendition of I'll Lean on You, Lord, backed by Nathan on the acoustic piano. Nathan's sense of seriousness and spiritual commitment are demonstrated in each of these arrangements. This set of selections was grouped by the producer so that the set could be used as a tool to enhance the personal, quiet, and reflective worship experience preferred by some listeners. Within the final 5 selections, one includes a collaborative production by the siblings that was written and arranged by his sister, Nicole, played by Nathan, and all vocals sung by his youngest sister Nichelle. It is an acknowledging tribute to the positive spiritual and social enrichment that each of the three experienced during their student years at Oakwood University in Huntsville, AL. Developing the concept for creating this CD Project was an emotionally difficult experience, but only during the initial stages. Losing our son and brother brought on an expansive realization of the wise man and genuinely good person that Nathan was, and left a great feeling of sorrow in all of us. However, when we discovered the treasure trove of music that Nathan had written, arranged, directed, influenced and/or produced, the awareness of the depth and breadth of his musical gifts allowed a feeling of spiritual comfort to begin displacing some of the sorrow.

Here's what you say about
Nathan L. Anderson - Love Lifted Me.