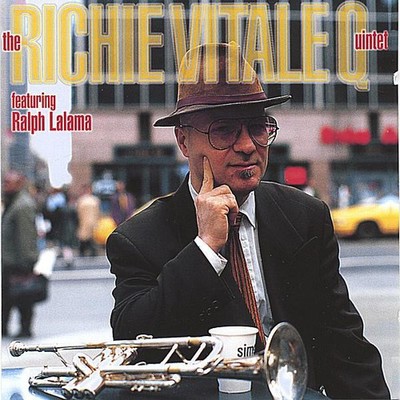 Live at Smalls There is a wonderful tradition of live recordings in jazz. "A Night at Birdland" with Art Blakey, Clifford Brown and Lou Donaldson and "Art Blakey and the Jazz Messengers at the Jazz Corner of the World" with Lee Morgan and Hank Mobley. In this same tradition comes the front line of Richie Vitale on trumpet and Ralph Lalama on tenor saxophone. Recorded "Live at Smalls" this is Richie's second date as leader for the TCB label. At the age of 16 the precocious trumpeter was invited to play with the legendary drummer Philly Joe Jones, and by age 17 he had moved to Boston to become part of that city's musical scene. By the mid-1970's he was in New York, and has since played with jazz luminaries Buddy Rich, Gary Bartz, Sal Nistico and Mel Lewis and with singers Frank Sinatra, Tony Bennett, Joe Williams, Johnny Mathis, Sting and James Taylor. RALPH LALAMA first established himself as a master of the tenor with the big bands of Woody Herman and Buddy Rich and with the Thad Jones/Mel Lewis Orchestra (now the Vanguard Jazz Orchestra), with whom he remains a featured soloist. He has also recorded as a leader with jazz great Barry Harris and Kenny Barron. Ralph's style reveals a great depth of knowledge, and is executed in a freewheeling, no-holds barred approach, thoroughly engaging musicians and listeners alike. Bassist PAUL GILL has worked with numerous prominent musicians in his native Baltimore, including Stanley Turrentine, Gary Bartz, Benny Golson, and Tom Harrell. In 1994 he moved to New York City, and has become a regular member of Vocalist Jon Hendricks' band, regularly touring throughout Europe and the United States. TARDO HAMMER has in recent years cemented a reputation as one of the finest straight ahead pianists in New York. Bebop fans may recall his appearances in the early 1980's with Warne, Marsh, Charlie Rouse, and Harold Ashby, and he was often heard with the Bill Hardman/Junior Cook Quartet. During the late 1980's Tardo performed regularly with Johnny Griffin, Lou Donaldson and Vernel Fournier, and later with the Art Farmer/Clifford Jordan Quintet. Drummer TARO OKAMOTO began his jazz career in 1973 in Osaka, Japan, moving to New York in 1975, where he played with the Reggie Workman Big Band. He became a member of the Sadik Hakim trio in 1977, recording two albums with that group. Subsequent association included Duke Jordan, Hank Jones, and Warne Marsh. __ 400 W. 43rd St. Apt. 8F New York, NY 10036 USA (212) 563-6008 phone / (917) 553-7568 cell / RichieVitale.com (website)

Here's what you say about
Richie Vitale - Live at Smalls.