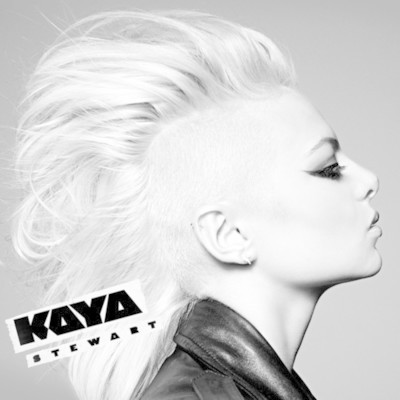 2016 release. With a dynamic voice, eye-catching NYC gutter rock-inspired fashion sense, and a whole lot of attitude, 16-year-old Kaya Stewart started formally enchanting and captivating fans in 2013. The daughter of iconic songwriter-producer-singer Dave Stewart uploaded an early version of her breakout hit "In Love With A Boy" to Soundcloud. Within a day, it clocked 20,000-plus plays. As she continued to write music, she signed to Warner Bros. Records and kicked off her journey. In 2015, Kaya released the In Love With A Boy EP and hit the road on the Vans Warped Tour and High School Nation Tour. Over the course of the next year, she drew acclaim from USA Today, Billboard, Pop Crush, Nylon, Paper Magazine, and Entertainment Tonight, who pegged her as Warped Tour's Next Breakout. Simultaneously, "In Love With A Boy" generated nearly five million Spotify plays, while it's video racked up more than one million views on YouTube. Now, her 2016 single "Sleepover" couples an energetic distorted guitar hop and sultry, striking vocals. Co-written with and produced by RedOne [Lady Gaga, Nicki Minaj], it ignites a feisty, fiery, and fun spark. Writing or co-writing every song on the album, Kaya's voice and vision will undoubtedly resound across pop music and culture in 2016.