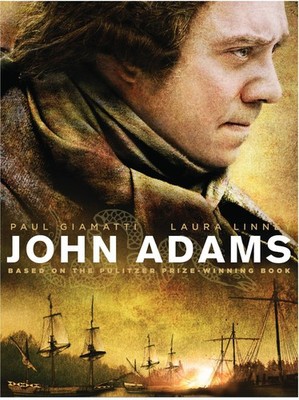 This epic miniseries from HBO takes viewers inside the incredible life of John Adams, the second president of the United States. Based on the Pulitzer Prize-winning book by David McCullough, the seven-part series follow Adams (Paul Giamatti, SIDEWAYS) during his leadership of America during some of it's most turbulent times. It also captures his profound relationship with his wife Abigail (Laura Linney, YOU CAN COUNT ON ME), one of history's great love stories. From the Boston Massacre-where Adams defended the accused British soldiers-to his role in the Revolution and framing the Constitution, Adams showed himself to be an uncommon man, following his convictions while also facing his own personal demons. It's a story of tragedy, love, war, friendship, freedom, liberty, and a uniquely American life. Director Tom Hooper Star Paul Giamatti, Laura Linney, Stephen Dillane, Danny Huston, David Morse, Sarah Polley, Tom Wilkinson, Rufus Sewell Special Features: Widescreen Additional Release Material: Documentary Feature Production Notes Runtime: 501 minutes.

Here's what you say about
John Adams.