IZ: The Man Behind the Music 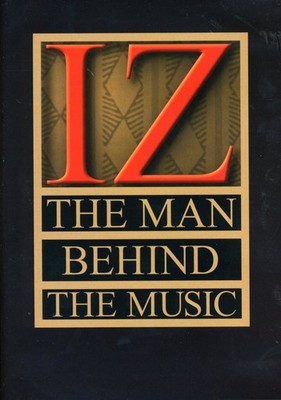 He was the most beloved Hawaiian musician of his time and came to represent aloha the way Duke Kahanamoku had in the first half of the 20th century. When he died, all of Hawaii wept, and his legend grew. The magic of his sweet voice traveled across the globe, and into the hearts of people everywhere. Millions know the legend of Israel Kamakawiwo'ole, but few know the man - the husband, father, son, friend, role model, artist. In this DVD, we will explore that man, and with help from the people who knew him best, we will discover IZ: The Man Behind the Music. 843501006153 Episodes Include: At the Demolition Site at the Garbage Dump at the Race Track to the Rescue! Trucks, Trucks, Trucks on the Farm! 639328500192 Welcome to Greater Tuna, the tall Texas tale of a hilarious day in Tuna, the third smallest town in the Lone Star State where the Lion's Club is too liberal and Patsy Cline never dies. A boisterous comedy starring master comedians Joe Sears and Jaston Williams (helped by more than 40 lightning quick costume changes) who portray all 20 characters: men, women, children, and animals. The show ushers US through a day in Tuna, starting with the morning broadcast from radio station OKKK and wandering in and out of the homes and businesses of the denizens of this colorful community. Ever vigilant Vera Carp leads the Smut Snatchers of the New Order in their campaign to clear the library shelves of dirty books like Huckleberry Finn" and "Romeo and Juliet" while the annual high school essay contest produces entries entitles "Human Rights - Why Bother?" and "Living with Radiation." Elmer Watkins speaks up for the KKK and Petey Fisk argues for animal rights. UFO sightings, a celebrity murder and Didi's used weapons sale all contribute to the hilarity. Greater Tuna is a funny, loving portrait of rural America... big hearts, small minds and all.

Here's what you say about
IZ: The Man Behind the Music.