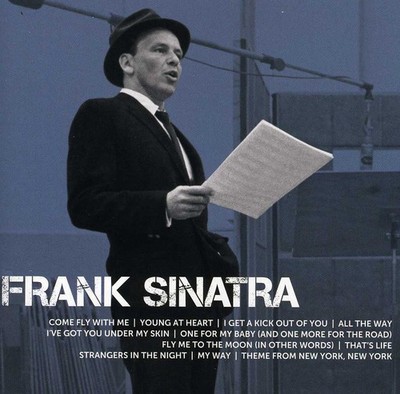 Frank Sinatra, long acclaimed as the world's greatest performer of popular music, is the artist who set the standard for all others to follow. A beloved entertainer for six decades, Sinatra earned three Oscars®, three Golden Globes®, including the Cecil B. DeMille Award, ten personal GRAMMYs® (and a total of 20 for his albums), an Emmy®, a Peabody®, and the Kennedy Center Honors Award in 1983. A generous charitable contributor, he was honored with the prestigious Jean Hersholt Humanitarian Award from the Academy of Motion Picture Arts and Sciences in 1971. In addition, Sinatra was awarded the Presidential Medal Of Honor and the Congressional Gold Medal, Congress' highest civilian award. From 1953 to 1961, Sinatra recorded more than 17 albums for Capitol Records. During Sinatra's years with Capitol, he pioneered and perfected the idea of the 'concept album' by recording and sequencing songs on his LPs to strike and complete a specific mood. Albums such as Come Fly With Me, Only The Lonely, Songs For Swingin' Lovers! and In The Wee Small Hours are considered vital classics. In 1960, Sinatra formed his own record company, Reprise. At that label, he would record many of his signature hits, such as 'Strangers In The Night,' 'My Way,' and 'Theme from New York, New York.' Frank Sinatra has been called the most popular entertainer of the 20th century. The new ICON collection features 11 of his timeless classics, including 'My Way,' 'Theme From New York, New York,' 'Come Fly With Me,' 'Strangers In The Night,' and the Cole Porter classics 'I've Got You Under My Skin' and 'I Get A Kick Out Of You.'

Here's what you say about
Frank Sinatra - Icon.