Pam Weston - I Will Pray for You 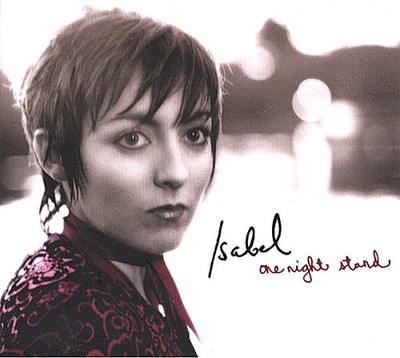 Pam Weston was born into a musical family in Jefferson City, TN. Her dad played guitar, her grandfather played the fiddle, and her sister was their church organist. Pam began playing the piano at age 6 and wrote her first gospel song, 'I Owe It All To You' at age 14. At just 17 years old, Pam got a job with the group The Sound Masters playing piano and singing for the Tennessee Valley Barn Dance, a radio show broadcast every Saturday night from the WNOX Studios in Knoxville, TN. She formed her first band, Country Gold, when she was only 21. They toured the Southern States and she recorded her first single 'Making Memories Tonight'. Pam moved to Nashville in July 1986 and later formed a new band, Stage West. They toured Italy, Greece, Spain and Turkey on a Department of Defense Good Will Tour. During that tour, she played on the U.S.S. Nimitz which was Bob Hope's favorite ship to entertain the troops. She toured Canada many times and has played on five cruises. Pam landed a job with Opry Star, Bill Anderson, in his Po' Folks Band, touring the U.S. and playing the Grand Ole Opry. She also played piano and sang back-up vocals with such great country stars as Jeannie Seely, Helen Cornelius, and Sylvia. Pam enjoys performing concerts at churches, women's conferences, senior events and conventions. She loves musical theatre and played the role of Vera in Smoke on the Mountain in Nashville. Pam has made many friends in Oklahoma and Florida and tours both states twice a year. Pam now has a monthly newletter going out to her fans via email. You can read about her tours, get encouragement from the 'Jewels for Life' and get a new recipe each month. Pam has opened for Tim Lovelace, HisSong, The Dartts, The Pfeifers, and Three Bridges to name a few. She also had the honor of performing her original songs during Dr. Jerry Goff's devotional at the Palmetto Florida Gospel Convention. Pam is a Born-Again Christian, and now has God's calling on her life to share His Gospel Message with her voice and piano talents. She sang and played in church all her life. Pam was a regular music worship leader at Christ Community Church in Franklin, TN. She also played piano on the worship team for Abundant Life Fellowship in Mount Juliet, TN. She is now a frequent guest artist at her home church, Nashville Cowboy Church, and also at the Pigeon Forge, TN Cowboy Church. Pam's gospel music mentors are: Elliot McCoy 'Three Bridges', Karen Peck and Gordon Mote. In fact, Gordon shared his talent and voice on Pam's first gospel CD by singing a duet with her. The song, Graduation Day, charted in the Singing News. The CD was produced by Rick Sandidge. Listen live on Monday mornings at 6:00am CT and on the internet on Solid Gospel 104.9, the Gregg Hutchins' Good Morning Wakeup Show' as Pam shares her 'Pearls of Wisdom'. Pam would love to come to your Church or event to share her testimony and musical program. You will surely be blessed by Pam Weston and her Ministry. Pam partnered in December 2012 with Compassion International. She will have information at her product table at her concerts on children who would like to be sponsored by a loving adult in the U.S. These sponsorships provide for the practical needs of the child, for education and to hear about the love of Jesus for them. Pam is excited about this new endeavor for 2013. 2012 also found Pam recording her second CD titled 'The Upward Way My Favorite Hymns', a collection of songs Pam sang as a child. Gregg Hutchins produced this CD. 2012 also found Pam publishing her first cookbook entitled 'My Love of Cooking' with 150 recipes from Pam, her family and friends. You can see it on the Music Page of this website.

Here's what you say about
Pam Weston - I Will Pray for You.