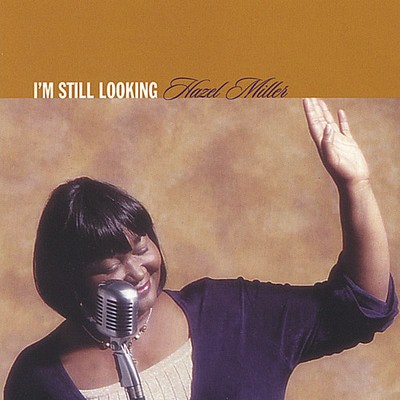 Hazel Miller is not just a great singer, 'she is a force of nature!' quotes the Rocky Mountain News. Her voice has been called 'stunning, moving and powerful.' Hazel has been a sought after performer in Colorado for the past 14 years. Whether she is singing Blues, Jazz, Pop, or Gospel, her voice charges the songs with a primal dose of genuine soul. Hazel began her 28-year career in Louisville, Kentucky, where she rose to the top of the music scene. She opened for popular artists such as Bob James, Mel Torme, Earl Klugh, Patrice Rushen, The Temptations, The Count Basie Orchestra and many others before moving to Denver in 1984. Since moving to Colorado she has regularly performed with Big Head Todd and the Monsters. Becoming the newest member of this national recording and touring band, she was a regular performer on the ETown Radio Show, aired on NPR. She has performed at all the major jazz and music festivals throughout Colorado while maintaining a working band which won the Westword Readers Poll 'Best Blues/R&B' band for three consecutive years, 1995, 1996, and 1997. She has sung with or opened for such artists as Julian Lennon, John Hammond Jr., Lucy Bleu Tremblay, Peter, Paul and Mary, Stanley Jordan, John Mayall, Charlie Musselwhite, Leo Kottke, Bob Weir, Herbie Hancock, Pop Staples, Five Blind Boys of Alabama, Nil Lara, Roger Clifton, Nancy Griffith, Junior Wells, Buddy Guy, James Cotton, Lonnie Brooks, Lou Rawls, Rickie Lee Jones, James Taylor, Spyro Gyro, Joe Sample, Little Ed and the Blues Imperials, Michael McDonald, and more..

Here's what you say about
Hazel Miller - I'm Still Looking.