I Ain't Scared of You: Tribute to Bernie Mac 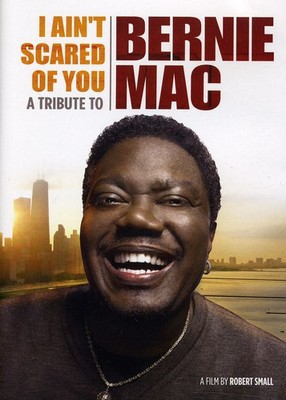 I Ain't Scared of You: A Tribute to Bernie Mac is a film about the life and career of Bernie Mac (1957-2008). It was his first appearance on Def Comedy Jam when he took the microphone and immediately exclaimed to the audience 'I Ain't Scared of You!,' turning their boos into cheers. Instantly, this sharp-tongued Chicago native with a heart of gold won over millions of fans. This film traces Bernie Mac's unique performance style and tireless pursuit of comedy that broke through barriers to make him an American Icon. I Ain't Scared of You features exclusive footage of early, never-before-seen performances, courtesy of Bernie Mac's friends and family, in addition to his better-known work, such as the Kings of Comedy Tour, the Bernie Mac Show and several of his feature films. Featuring Anthony Anderson, Tom Arnold, Angela Bassett, Bill Bellamy, Cedric the Entertainer, Don Cheadle, Cameron Diaz, Mike Epps, Andy Garcia, D.L. Hughley, Warren Hutcherson, Samuel L. Jackson, Ali LeRoi, Je'niece McCullough, Rhonda McCullough, Carl Reiner, Chris Rock, Zoe Saldana, Kellita Smith, Steven Soderbergh, Joe Torry, and Camille Winbush.

Here's what you say about
I Ain't Scared of You: Tribute to Bernie Mac.