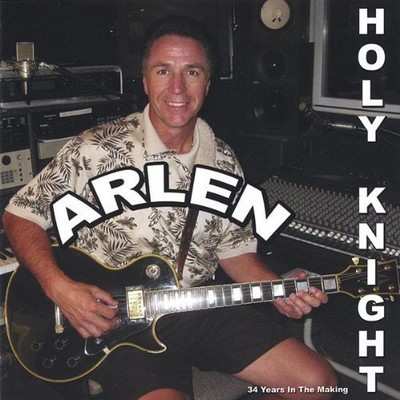 Farmington Gazette Column for December 23, 2004 Arlen Viecelli is the greatest undiscovered singer in America. He is an Old Italian man who owns a carpet store in Livonia Michigan. Old as in his 50s, which is too old to try out for American Idol TV show, which I believe he would win. With better looks, stage presence, and voice then Ruben Studard, Clay Aken, Kelly Clarkston or any of the cast of singers we have seen on that show. Mr. Viecelli has a voice and a vocal range that is so clear and powerful he could stand on stage with anyone from Pavarotti to McCartney. In our Michigan area we are used to great singers. Bob Seger, Areatha Franklin, Karen Numen (who sings the national anthem for Red Wing Hockey games). But Mr. Viecelli or Arlen as his friends call him, would send chills right through any of our greatest singers souls. Arlen is no stranger to the bandstand, when he was a teenager he was the lead singer for the legendary Salem Witchcraft band. People thought he was a great singer then but the band never made it. Never went national. Now Arlen who just recorded a Christmas CD, is president of a floorcovering company in Livonia. He is happily married and the proud father of a beautiful daughter. Yes, he is happy, successful and he is-the greatest undiscovered singer in the United States of America. Which does pose an interesting dilemma. I have always believed some of the greatest musicians in the world work at the Ford Motor Company. Just because you are a great singer or musician doesn't mean you will make a living at it. Sad but true. Health care, car payments, mortgages, the realities of life often force musicians to that dreaded day job. If you are a great musician but over 30 with family and responsibilities are you really going to become a rock star? Would you really be willing to leave your home and tour with Kid Rock for months even years at a time? At the same time if the greatest singer in America or the greatest musician lived around the corner from us wouldn't we have some responsibility to make note if it? To nurture it, or at least document it in some way? Should the truly greatest be a national treasure of some sorts? Would this be a job for the local newspaper writer? The local cable TV people? Should Governor Granholm and her 'cool cities' be involved? The Mayor of Livonia where our Mr. Arlen Viecelli works and grew up? How about the Mayor of Farmington Hills, which is home to Clear Channel radio stations WNIC, 106 the Drive, Channel 95.5, WJLB and Mix 92.3. Should they be involved? How about you? Would you call the mayor, Dick Purtain at WOMC or Eric Smith at ch 7 TV and ask them about the little old Italian singer in Livonia? I believe we do have a responsibility to the arts. I guess if you agree it becomes your job to get involved, to help spread the word. Pass it on. 'Personal Bio' I was raised in a very poor household. Our food and toys (if any), came from the local Firemen, the Goodfellows, and the Salvation Army. At a very young age I learned what it's like to be hungry and what it feels like to wear hand-me-down clothes that don't fit. That's a feeling I'd like to spare every young person and all of their family members from experiencing. As an adult, I have been blessed with such a wonderful family and a great business of my own, that I've been able to give back, pretty regularly. The "HOLY KNIGHT" CD was born out of, years and years of friends and family asking, "When are you going to record something we can listen to again?" Well I no longer needed the money from residuals or performing, and I'm definitely too old to be a "ROCK STAR", so I selected some of my favorite Christmas songs and decided to do it for all my family members, my friends, all my old fans (both of them!), everyone I love, and to donate every penny from the CD to charity. I have been involved with C.S. Mott Children's Hospital for about six years now, and it opened my eyes to another whole new world of priorities. Mike Bradley, (105.1 The Magic Morning Show), a friend of mine from high school, got me involved in the "Toys for Tots" program, and helped us raise a lot of money for the kids and their families. Pam Rossi, from 94.7, has also helped in my never-ending drive to help as many kids as I can. My hope is to get a lot more radio personalities and their Program Directors on board to let us help them raise money for their charities. I am covering all expenses for the recording sessions and the cost of the CD's, out of pocket. Every penny from the CD's will go to the charities. You would think all the radio stations would jump at a chance like this, but after all the hard work Kurt, Webmaster, Brother-in-Law, Wifey, John, Rickster, Billy and I do, I still feel like it's not quite enough. Thank you for your help, it will be wonderful having you aboard with us. Arlen.

Here's what you say about
Arlen - Holy Knight.