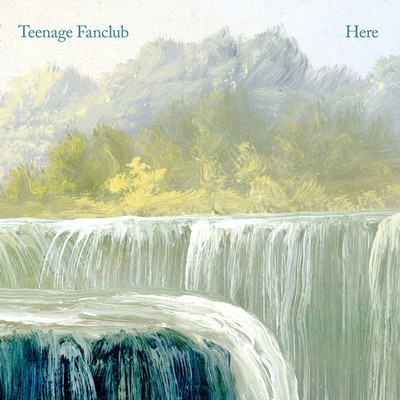 Six years used to be a lifetime in rock 'n' roll. Kids driven by the urgency of youth form bonds, plug in, play gigs, find a label. Acclaim, exhaustion, over and out. Teenage Fanclub's early years were propelled by that kind of frantic energy (thankfully without the flameout). As outliers of the sound of young Scotland's second wave, they released five albums in their first six years together. The foundations of their national-treasure status were already laid. The tenth Teenage Fanclub LP-Here-arrives six years after the release of 2010's hugely acclaimed Shadows (described by Uncut as "the sound of a great group ageing gracefully"). Here is the work of a band entirely confident in their own craft-the consolidation of nearly three decades of peerless songwriting and almost telepathic musicianship. Recorded with the band's soundman David Henderson alongside regular drummer Francis Macdonald and keyboard player Dave McGowan in three distinctly different environments (initially at Vega in rural Provence, then at Raymond's home in Glasgow before mixing at Clouds Hill in the industrial heart of Hamburg), it's a record that embraces maturity and experience and hugs them close. As ever, song-wise the Fanclub present a textbook representation of democracy in action, the record offering four each by Blake, Love, and McGinley. From the almighty chime of opener "I'm In Love" ("We will fade into history, I'm in love with you love... And I like your trajectory, I'm in love with you love") through the ecstatic soul-search of "The First Sight" ("Will I ever get to see the first sight of a heart that's true?") and the paean to unerring friendship "With You" ("I will hide with you from sadness, and bad philosophy / I will laugh with you at madness, and learned stupidity"), Here is a collection of twelve songs about the only things that truly matter: life and love. As is befitting of a record that took it's time to arrive, Here uses reflective space to dazzling effect. "Steady State," with it's gorgeous ebb and flow, has echoes of The Notorious Byrd Brothers' astral jangle, while "I Was Beautiful When I Was Alive" unexpectedly curves off from dreamlike beginnings into a semi-acoustic/motorik outro, sonically replacing the steady beat of the German autobahn with the vast open skies of the Pacific Coast Highway.

Here's what you say about
Teenage Fanclub - Here.