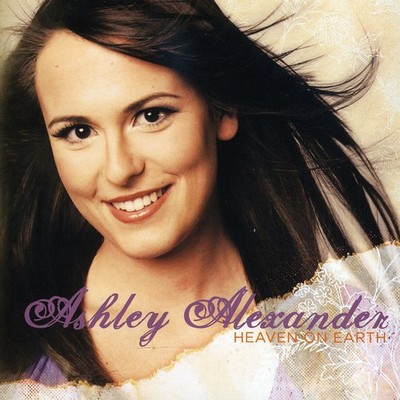 Ashley Alexander is currently based in Los Angeles, CA and has been wowing fans across the country as she performs in her unique style of modern blues with a twinge of country. She has recently performed in support of her debut solo album, 'HEAVEN ON EARTH,' with Chuck Wicks and Willie Nelson as well as making numerous appearances at sporting events and media outlets to reintroduce herself as a solo artist. In her former group, Fantasy, Ashley was recognized nationally for her work performing and recording with her sister, Arsha. As Fantasy, they were awarded "Best New Artists of the Year for R&B" at the Los Angeles Music Awards. Together, they also had the honor of sharing stages with O-Town, Lenny Kravitz, Christina Milian, O-Town, J.C. Chasez, Baby Bash, Cassidy, Nick Cannon, Tito Puente Jr., and more. Growing up in Northern New England, her favorite artists ranged from Reba McEntire to Ella Fitzgerald, Mariah Carey to John Mayer. Her appreciation for various artists helped her develop a love for all styles of music such as jazz, pop, country, and R&B - all of which influence her own vocal style. After taking time to complete her education at Berklee College of Music in Boston (double major in Vocal Performance and Music Business Management), Ashley is now aggressively focusing on her solo career. 'HEAVEN ON EARTH' is a dynamic collection of Country-Pop songs recorded in Nashville, TN. 'HEAVEN ON EARTH' combines sweet melodies, catchy lyrics and great harmonies, all of which showcase Ashley's magnificent vocals. Her mix of the spirit of country and the longing of blues translate to audiences yearning for a fresh approach from a relevant performer. Co-writing and performing on 'HEAVEN ON EARTH' allowed Ashley to collaborate with an accomplished team of music industry legends. Producer, Jerry Marcellino, has produced and written for Michael Jackson and The Jackson 5, Diana Ross, Smokey Robinson, Frankie Valli, Bobby Darin, The Four Tops and Al Jarraeu. He was the producer and co-writer for Ashley and Fantasy's debut CD. Co-Producer, engineer and writer, Bill Cuomo, has worked with Don Henley, Olivia Newton John, Barbra Streisand, Steve Perry and Kim Carnes. His work with Carnes on the hit single "Bette Davis Eyes" earned a Grammy Award for "Record of the Year". Finally, Ashley Alexander was honored to co-write with music legend Beeb Birtles, a co-founder and member of the Multi-Platinum Group 'The Little River Band'. Mr. Birtles and his fellow band members were renowned for their melodic harmonies and he has added his vocal harmonies to this album. Watch for Ashley appearing at a location near you and enjoy this emerging young artist!

Here's what you say about
Ashley Alexander - Heaven on Earth.