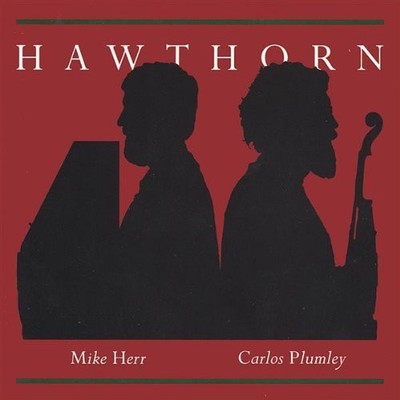 Mike Herr Originally from Lancaster County, PA, Mike moved to Beckley, WV, in 1980 to begin work as a family physician at the New River Family Health Center. He became interested in the autoharp in 1983 and has built his musical career through many classes and workshops with Bryan Bowers, David Morris, Becky Blackley, Ivan Stiles, Charles Whitmer, Tom Schroeder and others. After 21 years of work in WV, Mike and his wife Donita moved to Hartford, CT in late Sept. 2001 in order to follow family (grandchildren). Mike has served as reviewer of autoharp-based tapes/CD's for the Autoharp Quarterly since it's inception until early 1998 and has contributed many original articles to the same publication. He has been honored as the Autoharp Clearinghouse performer of the month and has participated as workshop instructor and guest performer at the following autoharp-related workshops and festivals: Mountain Laurel Autoharp Gathering; Cranberry Dulcimer Gathering, Ozark Autoharp Jamboree, Willamette Valley Autoharp Gathering and the Augusta Heritage Arts Workshops. While in WV, Mike played in the contra-dance band Suite Contraband and in the Irish instrumental band Lost in the Woods. He has recorded three works, one with the latter band, and two tape/CD's with Carlos Plumley (fiddle/mandolin) entitled 'Gander in the Pratie Hole' and 'Hawthorn'. Mike and Carlos performed instrumental Irish music under the name 'Hawthorn' and have performed twice on Joe Dobbs' radio show 'Music From the Mountains', broadcast over West Virginia Public Radio. Perhaps the most notable moments of Mike's musical career occurred in the summer of 1998 when he won both the Mountain Laurel National Autoharp Championship at Newport, Pa, and then the Walnut Valley International Autoharp Championship at Winfield, Ks. This is a feat accomplished only once before in the same year. Carlos Plumley Carlos Plumley became interested in music at age 14. In 1966, he saved the money he made from mowing lawns to buy his first instrument-a 5-string banjo. Carlos followed the old-timers around Raleigh County, playing with them on Friday or Saturday night to learn the music. At this time, his parents nurtured his interest in music by taking him to many folk festivals across the state. While playing banjo, Carlos experimented with the autoharp, concertina, and he had a brief encounter of a dissonant kind with the fiddle in high school. Then he picked up his dad's $12 Montgomery Ward guitar and began playing folk and blue-grass. In college, Carlos bought his first playable guitar. He began playing guitar with a banjo-playing friend, Duffy Boyd, in the early 70s and together, they founded the bluegrass band Southside Junction. Southside played at colleges, festivals, bars, car dealerships, furniture stores, and for a host of other odd occasions for 6 years. But Carlos became restless with playing rhythm guitar in a bluegrass band. Even though he occasionally played the lead, he wanted more melody in his music. Carlos enjoyed the music of David Bromberg and the Bothy Band, where he first realized the melodic beauty of Irish music. In the late 70s, his wife gave him a tinwhistle, on which he first played bluegrass fiddle tunes but quickly graduated to Irish tunes. Carlos became obsessed with the tunes; he even played whistle in heavy traffic-driving his car with his knees as he played. Realizing that not everyone shared the love of the shrill piercing sound of the whistle, Carlos borrowed a mandolin to apply to his Irish tunes. Not long thereafter, he bought his first mandolin and took Irish music classes from Mick Maloney at Augusta Heritage Festival. After mastering the mandolin, Carlos embraced the fiddle. He took classes from the Irish masters: Liz Carroll, Eileen Ivers, Brendan Mulvihill, Willie Kelly, and Eugene O'Donnell. He visited Ireland twice and played in pubs with local Irish celebrities. During that time, he and his wife (who plays tenor banjo) played together for schools, theaters, and other performances. Carlos also played with several Irish band configurations for dances, festivals, coffee houses, and such. Finally, he met Mike Herr, who began sitting in with one of Carlos' bands. Together with other members, Carlos and Mike formed Lost in the Woods, a band that played both Irish traditional and American northwestern fiddle music. Carlos says of Mike, 'He's a musical soul mate. When we play together, it's like two instruments played by one consciousness.'

Here's what you say about
Carlos Plumley - Hawthorn.