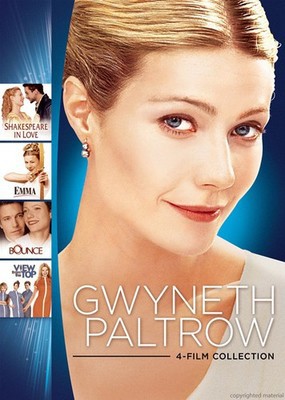 Shakespeare in Love: Love is the only inspiration in this witty, sexy smash starring Oscar winner Gwyneth Paltrow among an all-star Academy Award-winning cast including Judi Dench, Geoffrey Rush, Colin Firth and Ben Affleck. When Will Shakespeare (Joseph Fiennes) needs passionate inspiration to break a bad case of writer's block, a secret romance with the beautiful Lady Viola (Paltrow) starts the words flowing like never before! There are just two things he'll have to learn about his new love: not only is she promised to marry someone else, she's successfully impersonating a man in order to play the lead in Will's latest production! Triumphant winner of 7 Academy Awards including Best Picture, Shakespeare in Love is "a visual treat" (San Francisco Chronicle) that will leave you hungry for more. Emma: This delightfully fun and lighthearted comedy is based on Jane Austen's classic novel. Dazzling Gweneth Paltrow (Shakespeare in Love, Iron Man) shines as Emma- a mischievous young beauty who sets up her single friends. Funny thing is... she's not very good at it! So when Emma tries to find a man for Harriet, she makes a hilariously tangled mess of everyone's lives. You'll enjoy all the comic confusion... until Emma herself falls in love, finally freeing everyone from her outrageously misguided attempts at matchmaking. Bounce: Academy Award winners Ben Affleck (Best Original Screenplay, Good Will Hunting; the Town) and Gwenyth Paltrow (Best Actress, Shakespeare in Love; "Glee") light up the screen as two strangers who find love amid tragedy. Buddy Amaral (Affleck) is a smooth talking, skirt chasing ad exec who is enjoying his high-powered career. Then, a sudden twist of fate changes everything and leads him into the life of Abby Janello (Paltrow). Also starring Tony Goldwyn (The Mechanic, Law & Order: Criminal Intent) and Natasha Henstridge (The Whole Nine Yards), Bounce is an endearing story about finding love in the unexpected. View from the Top: Academy Award-winning actress Gwyneth Paltrow (Shakespeare in Love, Best Actress, 1998; Shallow Hal) stars in this hilarious comedy hit about a small-town girl who's about to get a taste of the big-time world! No one thought Donna (Paltrow) would go very far. But when she sets her sights on becoming a first-class international flight attendant, Donna throws caution to the wind and takes off in pursuit of her dream! The ride is anything but smooth, however, and Donna's laugh-packed journey of a lifetime is rocked by more turbulence than she bargained for! Also starring Christina Applegate (TV's Married with Children), Rob Lowe (Austin Powers Trilogy, Tommy Boy), Kelly Preston (What a Girl Wants, Jerry Maguire) and Candice Bergen (Sweet Home Alabama, Miss Congeniality), this charmingly funny treat will send your spirits soaring!

Here's what you say about
Gwyneth Paltrow.