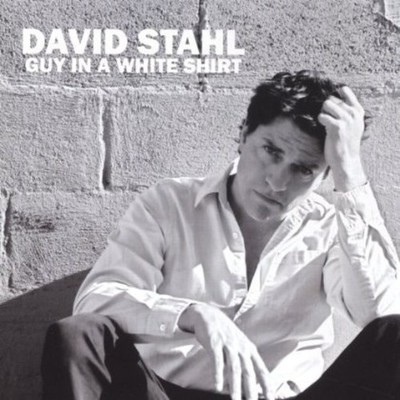 Born in the beautiful city of Cincinnati, Ohio, the youngest of 5 kids. Had a little sister who died at 4 months, too. Moved to North Olmstead, a suburb of Cleveland when I was 3 and to Akron when I was 8. Grew up there till I graduated from Firestone High School in the middle of winter and moved to Park Ridge, a suburb of Chicago, where I became a Fuller Brush man to make money for college back in Cincinnati, where I won the Van Cliburn Scholarship. I won by playing Reflets dans l'eau by Debussy, Beethoven's Sonata Op. 2 #3, first movement, and Chopin's octave etude, Op. 25, #10. That was the first competition I'd ever been in and I won. I came into music because I liked to play the piano and got pretty good at it. Wanted to become a concert pianist. Played in a rock band in high school. Had a Fender Rhodes keyboard. Wrote a few songs we would play. Sold the Rhodes when I went to the College-Conservatory of Music in Cincinnati. Studied privately with the great Bela Siki after I got my BM in piano. Then came out to L.A. and studied with the great Aube Tzerko at UCLA for my MFA. Got to play the Tchaikowsky Concerto #1 with the Maui Symphony thanks to Tzerko's referral. Was living in a church in L.A. at the time and would practice on the grand in the sanctuary. From Rachmaninoff etudes to congregational singing the same praise chorus 47 times in a row while sensing the move of the Holy Spirit. I split in the middle of the MFA degree program and went to Europe and did Christian missionary work with Teen Challenge. Learned the German language pretty well. Performed classical piano concerts there while I talked about Jesus, did street evangelism, helped out churches. Came back to the U.S.A. and finished my MFA in piano performance. Got a job playing piano at Nordstrom, a classy department store that had a great Steinway grand piano and got very acquainted with the great American Song repertoire. Also spent years being music director and pianist and conductor for numerous musical theater productions. Wrote lyrics and music and produced my own musical adaptation of 'Pilgrims Progress'. Quit Nordstrom and now I teach piano and accompany singers at a community college for a living. 'Guy in a White Shirt' came about from a plan to win a girl back to me. Meanwhile another girl showed up and took over the scene completely. Only 'Sun, Moon, and Sea' has nothing to do with those two relationships, or any other relationship for that matter. It's a song I wrote over 20 years ago and is finally getting it's chance at posterity. My influences are a combination of everything I've experienced, which is just about everything. The CD is easy listening pop love songs with some jazz and blues sounds as well.

Here's what you say about
David Stahl - Guy in a White Shirt.