Paulina Jayne - Girl Who Would Be King 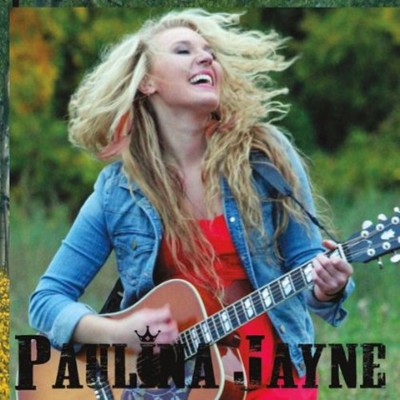 Paulina Jayne is a high school junior who recently turned 17 years old. She started piano lessons at age 6 and began songwriting at age 9. Self-taught on the guitar, ukelele, and mandolin, her repertoire now includes well over 200 songs in all genres, though her country tunes have most recently captured national attention. As a result of her prolific and astounding songwriting abilities recognized at a young age, she has performed nationwide and recorded her original songs with well-known musicians and producers in the highly touted Oceanway Studios in Nashville and Rustbelt Studio and The Audio Cafe in the Detroit metro area. She has also co-written with an impressive array of award-winning and number one hit songwriters including Bonnie Baker, JTX, Shane McAnally, and Danny Orton. She has opened for Sheryl Crow and shared the marquee with Miranda Lambert, Blake Shelton, Ty Stone, and many others. After having seen her perform with her band at the DTE Music Theatre this past summer, the Capstone Film Class of Madonna University and executive producer Jennifer Champagne chose Paulina as the subject matter of their college class and produced her first music video. Additionally, Paulina's long-anticipated EP is about to be released and features world-class musicians, including Herschel Boone of Kid Rock; Audley Freed of The Black Crowes and who has played with Peter Frampton, Jimmy Paige, Aerosmith, Sheryl Crow and the Dixie Chicks; Keith Gattis of the Dixie Chicks; Robert Kearns of Lynyrd Skynyrd and Sheryl Crow's band; Fred Eltringham of K.D. Lang and Sheryl Crow's band, and Jen Gunderman, Professor of Rock and Roll Music at Vanderbilt University. Some of the highlights of Paulina's young career are set forth below as well as on YouTube, her website at PaulinaJayne.com, and her musician/fan page on Facebook, and they reveal the continuing excitement over this singer/songwriter prodigy. Paulina has recently been nominated for five Detroit Music Awards as noted below. Besides her busy high school schedule where she maintains a very high grade point average in a challenging AP curriculum, Paulina was honored to serve as captain of her junior varsity basketball team and was thrilled to be elected to her high school homecoming court this school year, fall, among other rewarding teenage experiences. But she says her passion and obsession are and always will be songwriting and performing. Just a few of the upcoming highlights and a few in Paulina's last 18 months include the following: Four nominations for 2013 Detroit Music Awards: Outstanding Country Vocalist, Outstanding Country Songwriter, Outstanding Country Band, People's Choice Song for "Pass The Moonshine" Performing in a Nashville Showcase with her band in April 2013 on the famous 3rd and Lindsley Stage Opening for LiveNation's Ultimate Johnny Cash Tribute March 1, 2013 Filming of her music video in October 2012 by the 4th year film class (Capstone Film Class) of Madonna University Opening for Sheryl Crow at the DTE Music Theatre August 2012 Performing at LiveNation's Watershed Festival in August 2012 at The Gorge in the Seattle, Washington, which featured CMA Female Entertainer of the Year Miranda Lambert, Blake Shelton, Dierks Bentley, et al. Performing at the 2012 Detroit Music Awards as the featured "Young and Upcoming Artist" Headlining on the Woodward Stage of the Detroit Hoedown in June 2012 after winning the competitive voting among 55 bands through WYCD Radio 99.5 Opening for 2 Kenny Chesney charity events in 2011 & 2012 Opening for Ty Stone's CD Release Party at the Fillmore Theatre in 2012 Opening for Annabelle Road's CD Release Party in August 2012 Headlining Saturday night of Metro Detroit's party at The Avenue Country Block Party May 2012 Headlining Saturday night at AquaPalooza on Lake St. Clair in July 2012 Performing on the national stage of the Stars & Stripes Festival before Eddie Money in 2012 and on Xfinity Stage in 2011 Performing a live web-cast concert on WYCD Young Country Radio 99.5 and debut of 1st single in January 2012, "Mississippi Girl" written at age 14 Performing live on Fox 2 television in March 2012 Performing on ABC television in 2012 Performing on Ann Arbor and Metro Detroit radio Songwriting and collaborating with number one hit songwriters in Nashville, including Bonnie Baker (Reba McIntyre, Hunter Hayes, Rascal Flatts, etc.) Steph Jones, Danny Orton (Carrie Underwood, Faith Hill) JTX (Kenny Chesney, Uncle Kracker), Shane McAnally (Kenny Chesney) Cover of Real Detroit Weekly and numerous features in magazines and newspapers.

Here's what you say about
Paulina Jayne - Girl Who Would Be King.