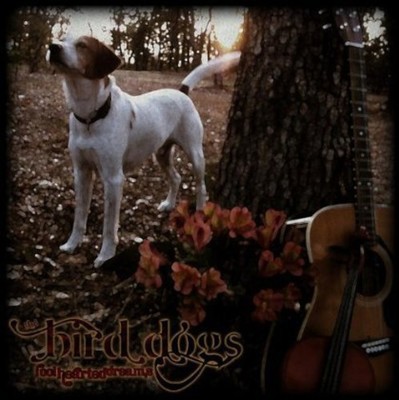 From the backwoods of Argyle, Texas, George Dunham and The Bird Dogs have sprung onto the Texas music scene to deliver an old-fashioned, good-time country arse-whippin' to all the fine music-lovin' folk. The music of George Dunham delivers a powerful blend of Texas-country, gritty rock and three-part harmonies, with songs that reflect strong family ties, love and loss, and hope for the future. Best known as co-host of the morning show on KTCK The Ticket, George has always had music in his life, and has now found an outlet for his songwriting with The Bird Dogs. With Steve Porcari on electric guitar, Clay Powers on steel guitar, Travis Behl on bass and Bryant 'Pablo' Russell on drums, George has found an ensemble that brings reverberating life to his words and music. Together for over year, this line-up continues to deliver exciting performances to enthusiastic audiences locally and around Texas. In January of 2010 The Bird Dogs released their debut album 'Our Hope'. The airplay it has received on KHYI 95.3 The Range, KFWR 95.9 The Ranch, and KXT 91.7 is reflected by the enthusiastic response from audiences during live Bird Dogs' performances. They have shared the stage with Randy Rogers, Cory Morrow, Wade Bowen, Lee Ann Womak, Kevin Deal, Spur 503, The Tejas Brothers and Jason Boland. Now the sophomore release brings intensified production, sound, attitude and raw power. By delivering energetic performances to a consistently growing audience, George Dunham and The Bird Dogs look forward to continued artistic and commercial success in 2011 and beyond.

Here's what you say about
The Bird Dogs - Fool Hearted Dreams.