Fire by Night - Fire By Night 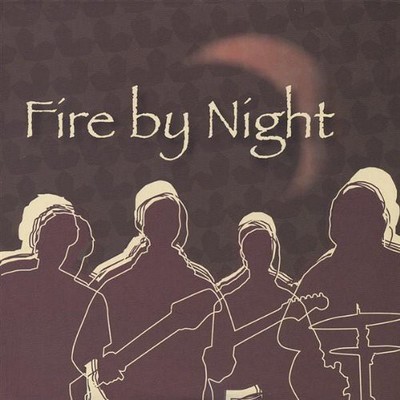 Every Fire Begins With a Spark... Fire by Night began when two aspiring singer-songwriters connected and let their imaginations go wild with the possibility of making the kind of music that flows directly from the soul. Almost one year ago, front man Michael Walton met lead guitarist and songwriting partner, E. Schwank while looking to win his college's battle of the bands. After learning the set in two hours, Schwank and the band performed at the battle where they placed a modest second. ......and that, as they say, was the beginning of a beautiful friendship. Not only did the burgeoning musicians have a great musical connection, but they also had Michael Hoyt playing solid and soulful bass and Tyler Firth holding down the rhythm on drums. Fire by Night was already off to a good start. Eventually, the band, looking for a full-time drummer, parted ways with Firth, and brought in drum performance major (jazz geek), Bill Grillo, to fill the position. The personalities, conflicts, and experiences of these young musicians made for fertile creative ground in the following days of Spring. Within a few months of meeting, the foursome had already composed about 20+ original songs. The scope, depth, and diversity of their music are amazing considering the group's short history. From the modern funk of Borrowed and Blue to the bluesy, stomping groove of Dragonfly, Fire by Night stands poised to attract attention from whoever loves depth and honesty in their music coupled with poetic and innovative songwriting. Songs like Bittersweet Sunset, Photograph, and the forthcoming Aurora Borealis continue to stretch the band's outlook on how and why they write their music. 'We are constantly changing,' says Walton, 'so our approach to life and, in turn, our approach to music naturally changes with us.' Recently, with the addition of drummer, Bill Grillo, the group finished an EP length demo. The guys in Fire by Night also play out as often as possible. They are already becoming well known in the area for their energetic and spiritual performances. During their live sets, the band is also known to pull out covers of some classic songs such as, The Proclaimers' 500 Miles (I'm Gonna Be), the late, great Dispatch's The General, and their own acoustic/funk version of The Spin Doctors' Two Princes. All in all, when this band is playing, the crowd is either dancing, singing, or mentally undressing the band members (what naughty fans they have!). So stay tuned, they are coming to your town soon and chances are they will be here to stay.

Here's what you say about
Fire by Night - Fire By Night.