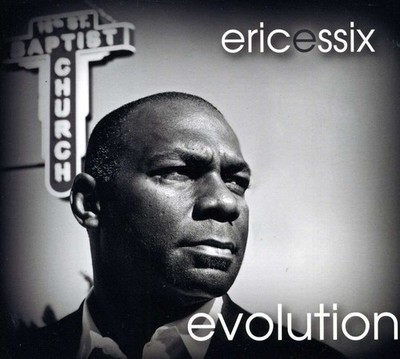 "Evolution" is the title of the landmark 20th CD by Eric Essix which musically charts the spiritual growth and healing of Birmingham, Alabama fifty years after the events that energized the Civil Rights Movement in 1963. On this recording, Eric's guitar fronts contemporary jazz arrangements supported by traditional jazz instrumentation (acoustic piano, bass and drums) throughout most of the set. Along with six new original compositions are covers of Bob Dylan's, 'Blowin In The Wind', Stevie Wonder's, 'Love's In Need Of Love', John Coltrane's, 'Alabama' and a foot stompin', bluesy rendition of 'This Little Light Of Mine'. "With this project, I definitely wanted to, of course, acknowledge the past but also highlight the amazing progress we've made over the past fifty years," Eric says. The original compositions - all written by Essix - connect to the Movement with titles like 'Foot Soldiers', 'Path To Peace', 'A Love That Forgives', 'Considering These Things' and 'Evolution'. But by far, the album's centerpiece is the hauntingly beautiful, 'For Four', which like Coltrane's 'Alabama', is a moving tribute to the four girls who died in the 16th Street Baptist Church bombing in Birmingham. The song's melody is accented with wordless vocals sung with a powerful combination of strength and fragility by Tracy Hamlin (Gloria Gaynor, Pieces Of A Dream). Produced by veteran Grammy nominated producer/keyboardist Kelvin Wooten (Anthony Hamilton, Jill Scott, Mary J. Blige), 'Evolution' is not an examination of Birmingham's past from an outsider's perspective. Eric was born there in 1959 and, in fact, grew up on 16th Street just blocks away from the historic church and Kelly Ingram Park where Reverend Fred Shuttlesworth and Dr. Martin Luther King led numerous marches and demonstrations. "Birmingham is my home," he says. "I have seen the segregation of the past and the tremendous social growth of this city first hand and I'm extremely proud of where we are today." As one would expect, the music on what Eric calls his "most important work to date", spans a broad range of emotions but leaves the listener with a sense of hope and jubilation at the end of the journey. "Of all the albums I have been blessed to release over the past 25 years, Evolution is probably the most meaningful to me as an artist," Eric says. I hope the music and my own personal experience will resonate with those who listen."

Here's what you say about
Eric Essix - Evolution.