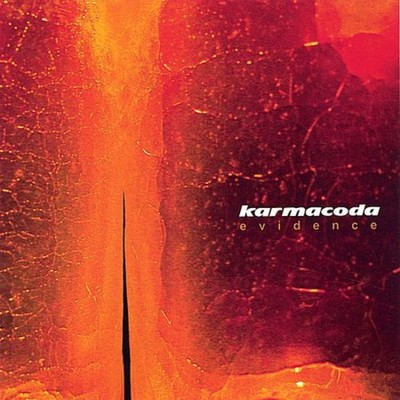 It is a simple objective really; create music to reflect the emotion of a specific time and space in the modern world. Launched as a collective effort between songwriters, Brett "B." Crockett and Heather Pierce in 2001, Karmacoda laces their electronica/trip hop foundation with elements of rock, pop and jazz, creating truly addictive sonic recreation. Outfitting themselves with the turntable magic of DJ Rafael Acevedo, Eric Matsuno's hypnotic bass, B. on vocals, guitar and keyboards and the soaring lead vocals of Heather, Karmacoda's vibe is immediately engaging, particularly live. History / Discography: The summer 2001 release of Karmacoda's debut Reco mended garnered an overwhelmingly positive response and a happily surprised Karmacoda began receiving inquiries as to when the new group would perform live. Because Karmacoda began primarily as a studio project, the challenges and limitations of playing the material live were not a primary concern during writing and recording. Following the formation of the full, performing core of the band, Karmacoda's live shows quickly became popular throughout the San Francisco Bay Area, grabbing the attention of local promoters and clubs and a burgeoning fan base. By integrating a live VJ who creates real-time custom video projection, the band's musical vision was not only being heard but literally seen. The music on Reco mended was heavily featured in film and television soundtracks and won several music awards including the 2003 IMG Music Award for best independent song used in film and television for their track Swan. Karmacoda's second album Evidence was released in August of 2003, receiving critical acclaim, being extensively featured in film and television and winning several independent and international songwriting awards. With the release of Evidence Karmacoda's international exposure and fan base began to grow exponentially leading to hundreds of thousands of visitors per month to their site, with nearly half originating from outside the US. In 2004, Altered Evidence: Late Night Remixes, featuring remixes of the tracks on Evidence was released to additional critical acclaim and extensive international sales, particularly through downloadable music stores such as iTunes. In 2006, Karmacoda began exploring the new realm of writing film soundtracks by contributing songs and scoring the entire soundtrack for the full-length feature Voyeur. January 2007 also saw the band completing their groundbreaking new album Illuminate.

Here's what you say about
Karmacoda - Evidence.