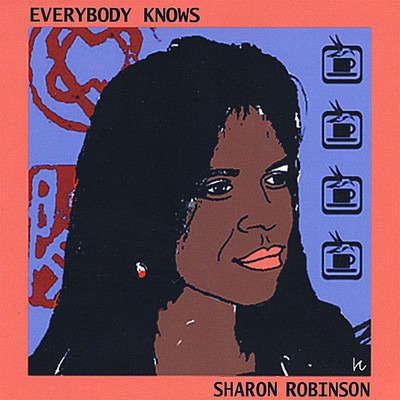 '????.' We're talking major talent here.' 'Robinson is a sensuous singer, a real lights-down-low performer who picks up where Sade left off.' -- Fred Dellar, Mojo (UK) '?????(out of five). Packs a big emotional punch.' -- Andy Gill, The Independent (UK) 'Robinson's vocal powers are seductive...sensual and reflective.' --Neil Spencer, Uncut (UK) 'She blows us away...In a word: perfection.' -- Malcolm Carter, Pennyblack Music (UK) "Robinson has a soulful, sensual voice that entices the listener.' 'These are love songs for the educated, while simultaneously accessible to everyone else...as literate as they are emotional; they are as intelligent as they are passionate.'-- Al Kaufman, Atlanta Music Guide 'Classy, sophisticated adult soul.' '...evokes favourable comparison to Joni Mitchell's jazz moods, Sade and Roberta Flack.' -- Mike Davies, Birmingham 101 (UK) 'A Knockout!...The best I've heard in a long time.' 'Beautiful songs, great arrangements and a super voice.' -- Alex Allan, Nevis Radio, Scotland 'An album that begs to be listened to on a pair of headphones. Fans of her production work on Cohen's past two releases (Ten New Songs and Dear Heather) will love Everybody Knows as it is steeped in the same provocative and seductive blend of easygoing electronic beats.' -- Jason Gladu, Popjournalism. Ca 'In a word: Brilliant. A fantastic piece of work.' -- Steve Burnett, Black Diamond 107.8FM, UK 'Everybody Knows is one of the sultriest albums of the year. Every once in a while an unknown voice hits you and won't let go. SHARON ROBINSON possesses one of those instruments. Turn the lights down low and let the melodies and lyrics from songs like Invisible Tattoo, Party for the Lonely put you in a special place.' -- Bill Vaughn, Tasty Clips 'Everybody should know about Sharon Robinson.' 'Endowed with a rich, soulful alto - landing somewhere between Roberta Flack, Cassandra Wilson, and Sade Adu - Robinson breathes immeasurable levels of misty-eyed longing and downhearted reflection into her songs, thus delivering far more than simply a gorgeous voice floating above subtle electronic textures. Fans of the lights-down-low atmospherics and mellow-soul of Zero 7 should find themselves similarly engrossed by this disc.' -- Todd Lavoie, San Francisco Bay Guardian "Classy Stuff." "With a deliciously insinuating delivery, Robinson pours her voice atop a warm bed of sultry beats, tasteful backing vocals and a sensual, introspective groove." - David Pulizzi, Jazziz '??? ½" (out of four). Well worth the playing." 'You know one minute into the lead track ("Invisible Tattoo") on Sharon Robinson's Everybody Knows that this album shines the spotlight on it's poetry, and that the exquisite, varied musical arrangements are going to take a backseat to the lyrics. For the record, that entirely works in it's favor." - Bob Werner, Frontiers Magazine 'People have to wonder why they have not heard her played on commercial radio.' 'Sharon Robinson's vocals are reminiscent of Sade. Her songs on Everybody Knows evoke feelings of optimism, sorrow and a will to survive all wrapped in a soothing cloth of love.' -- Susan Francis, Abyss Jazz.

Here's what you say about
Sharon Robinson - Everybody Knows.