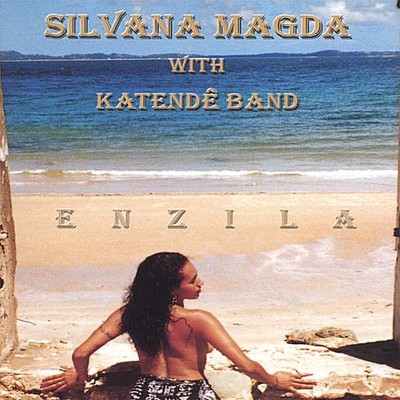 Silvana Magda was born in Salvador Bahia, Brazil. In 1984 she arrived in the United States a seasoned artist who had already reached her goal as a professional dancer/choreographer. But still brought visions of showcasing her talents in America. Silvana's adolescent years were spent mainly in Candomble Religious homes and attending "Teatro Castro Alves" school for ballet.With this knowledge of culture and ballet, she launched her dance career in 1975, performing with the "Loni Duro Bahia Dance Company". She toured with "Viva Bahia Dance Company" and "Orquestra Afro Brasileira" as a featured soloist throughout Europe, Canada, South America, Central America, Caribbean and the Orient. Since her arrival in the United States, she has taught at Hunter College, Rutgers University, Leake and Watts Foster Care and Arts Connection (on going public, Junior High and High School program in the boroughs of New York). In 1988 she created the "Viva Brazil Dance Company". She conducted a two-week residency of Afro Brazilian Dance at "The Omega Institute" in 1996. Elected as coordinator for the dance department, Silvana coordinated and organized a cultural committee for artists in New York. The Brazilian Consulate sanctioned this project. She has also made numerous Television appearances and was featured on the New York Times Magazine section cover (Sunday April 19Th 1992), and also the cover of a bestseller book "Feeling the Spirit". Today Silvana the composer, singer, choreographer and dancer is still achieving most of her dreams. In 1995 she formed the "Katendê Band" to connect her years of dance experience with music. Silvana Magda's knowledgeable background of music assisted her to make an easy transition on to the music scene. In addition, her expertise on Afro Brazilian Culture gave her great inspiration to compose all songs on her recorded projects (2-CDS). She tours nationally and internationally with her nine piece band "Katende" and "Viva Brazil Dancers" in which she receives great reviews.For the last six years she has won the annual "ASCAP Composition Achievement Award", "Canta Brazil Suave 93.1FM Artistic Award" & "The United Nation Commemorative Award". Silvana Magda and Katendê Band has established it's reputation on the New York music circuit as a must experience revue with fans eagerly awaiting her performance that is part music, part spectacle and all Brazilian Cultural Outreach. Her band dishes out a heavy mixture of Brazilian, African, Caribbean, American Funk and Latin Rhythms. AWARDS United Nations Commemorative Artistic Award 1992 and 1993 Canta Brasil Suave 93.1 FM Artistic Award 1997 Ascap Popular Music Achievement Award 2000-2001-2002-2003 2004-2005-2006 COMPACT DISCS 'Enzila' The first CD 'Enzila' meaning 'Routes' in Bantu dialect takes you through the path of funk, calypso, reggae, salsa & lambada. 'Enzila' was released in December of 1998.

Here's what you say about
Silvana Magda - Enzila.