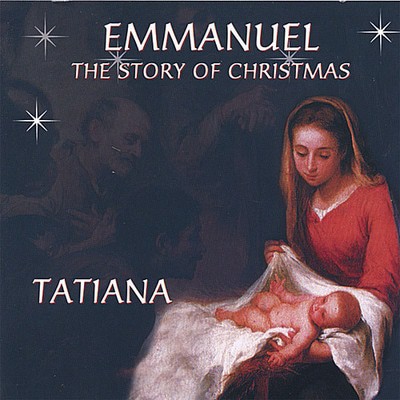 Born Tatjana Matejas in Zagreb, Croatia, Tajci (TY-chee) grew up in what was then communist Yugoslavia. Raised in a musical family, she was singing with her father's band when she was only four. Tatiana was admitted to the prestigious Croatian Music Conservatory where she received a rigourous music education with a focus on classical piano. As a young girl, she was a frequent performer on the national stage, appearing in countless musical, theatrical and television productions. At the age of 19, Tajci became a superstar in Central Europe when she electrified an international TV audience, estimated at over a billion people, in the Eurovision Song Contest. The release of her recording of (Hajde da Ludujemo) Let's Go Crazy), coupled with the fall of the Berlin Wall, sparked a wave of optimism and an adulation for the attractive, engaging teenager much like the Beatlemania phenomena the West had experienced thirty years earlier. As thousands of people of all ages jammed Tajci's concerts, her records achieved Platinum and Diamond sales. There was a Tajci doll, newborns were named after her, and the European magazines and tabloids filled their pages with Tajci stories and photos. Her life became a blur of concerts, video shoots, personal appearances and commercial tie-ins an unending crush of photographers, adoring fans, and bodyguards. Ironically the dream come true also brought isolation, loneliness and emptiness. By 1991, war had come to Croatia. The young artist sang at giant concerts for peace, entertained wounded soldiers in hospitals and visited those on the front lines. Tajci joined thousands of young people flocking to the churches, now that the atheist regime had fallen. Then, according to CMN Magazine, Shocking her country and peers, Tatiana left it all stardom, glamor, fame, friends and family to come to the United States, alone and unknown, at age 21. Tajci had experienced a nation of young people looking to her for answers, but she had none. She had come to America to be free of her celebrity, and to find herself. For a while, she fled her image and changed her name. She did menial jobs, studied and learned to speak English fluently. In her newfound anonymity, Tajci found her answers in prayer. In her faith and in the freedom it brought her, she found the inspiration to compose music and sing about her new experiences. While staying at a retreat house run by the Carmelite Sisters in Los Angeles, Tatiana found her future husband, Matthew Cameron, who encouraged her to tell the story of her own quest for spiritual healing. Her performances were so compelling and cathartic that many in the audience wept openly. Those who heard her began to spread the word of what they had experienced. Soon requests for appearances were coming in from all over the country. The young newly-weds set out in a donated mini-van. Over the next five years they would cross and re-cross the country a dozen times playing concerts in hundreds of churches, writing and producing six albums, and giving birth to three children Dante, Evan and Blais. Today, the list of churches requesting Tatiana's appearances has stretched to nearly a thousand. Because Tajci sings in nine languages, new requests are coming in from around the world including the Philippines, Latin America, Africa and Europe. A concert she recorded in April, 2004 has been released on DVD. Whether in large arenas or in intimate settings, Tatiana brings to her performances the knowledge that we are not alone. She has found her answers in her faith, in her family and in her music. And she's comfortable once again being known as Tajci.

Here's what you say about
Tatiana - Emmanuel-The Story of Christmas.