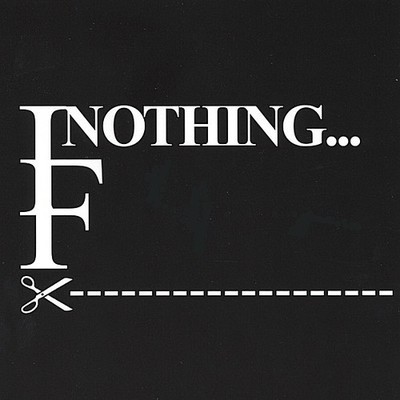 Liner Notes--Album Produced by Cliff Eberhardt. Listening to Val Denn's debut album, I am taken back to a time where records like the one you are holding in your hands were made with regularity. In the late '60s to the mid-1970s singers such as Roberta Flack, Nina Simone, Bette Midler, Maria Muldaur, Tracy Nelson, Joe Cocker, and Bonnie Bramlett were part of a continuum in Western popular music that judged a singer by the quality of the interpretation given to a writer's song, not by the excessive vocal acrobatics inherent in her or his performance. Where that got lost is not the subject of these liner notes. It is that Ms. Denn has taken a very eclectic batch of songs, ranging from Harold Arlen's 'It's Only A Paper Moon,' to Tom Waits' 'Old Boyfriends' to the Beatles' 'I'll Get You' to songwriting poet Eliza Gilkyson's 'Don't Stop Loving Me,' and Zen Okie folk-rocker Jimmy LaFave's 'Only One Angel,' and made them deeper and wider by virtue of her singing them. She has added to the history and evolution of each song as it travels further into the culture. And it's only fair to mention, Denn is not only a gifted singer, she's fine songwriter as well-- evidenced by the song 'Lighthouse,' included here. Denn, and producer/guitarist Cliff Eberhardt, have eclectically -and gorgeously--arranged 11 songs that showcase her particular gifts as a singer. These include a radical understatement in approach. These days acrobatics are normally applied merely for the sake of added drama - which usually means one of two things: insecurity masked as ego, or, distinct lack of faith in the material's ability to carry it's weight - no matter how long the song has been around. Denn is all about faith: she prefers to let the integrity of the song stand on it's own, and allow meaning to come through her honestly. She does this without wavering: she has a consummate faith in her gift as a vocalist, as a vessel. When Denn considers performing a song, her first question is, 'What does it say?' Apparently, many people have faith in Denn. Her list of contributors includes a who's who of the current singer/songwriter scene and some of the song's authors. It's true most of the songs here are love songs, and there's a good reason for this. Denn has made a quiet, yet very sexy record that moves across genres to reveal an almost invisible spectral terrain. This is the breathless, almost unspeakable space where eros, spirituality, and the vulnerability in a human voice when it says, 'I love you,' and means it. Listen to her reading of Billie Holiday's 'Lover Man,' and feel the shift from want and need to resolve by the time the bridge falls in on you. Likewise the sweet longing ache inherent in her honeyed glide through Gilkyson's lovely 'Don't Stop Loving Me.' And there is humor too, Denn's final cut, 'Kitchen Man,' with a lovely, greasy tuba solo by Will Landin, is every bit the raunchy swinging blues that 'Shave Em Dry ' is, but without the comic exaggeration. The song's own R-rated innuendos come through loud and clear, without artifice, even tenderly. That's right, In Denn's mouth a song about down and dirty sex is transformed into a laid back erotic - and humorous-- love song Valeria Denn has brought the singer's vocation back to the song, and in turn has given the song a free territory to speak on it's own behalf. It does so here, over and over again, through the voice of an earthly angel with a swing in her hips and a lilt in her lips that is full of grace and gratifyingly elegant. -Thom Jurek, Ann Arbor.

Here's what you say about
Val Denn - Don't Stop Lovin Me.