Roger Lasley - Dinner on the Ground 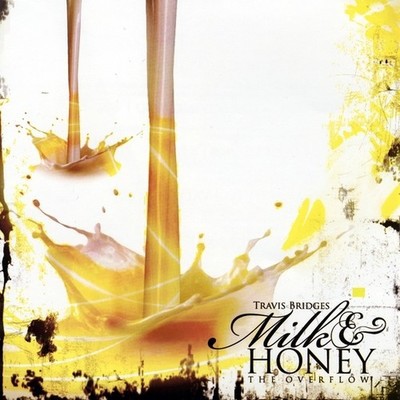 If you like good guitar music, you're in the right place--cool tunes for acoustic guitar written and played by a "top-notch guitar picker." Grounded in traditional musical forms, Lasley's compositions are complex but melodic, by turns lyrical and aggressive. His CDs showcase over 100 new standards for acoustic guitar. He crafts tunes people remember and he plays them with an energy that commands your attention. Let his signature flatpick style be your guide through an exciting new guitar repertoire. You won't regret it. Influenced by American traditional guitarists like Norman Blake and Doc Watson and by instrumental music from a variety of genres including baroque music, Celtic dance, Texas swing, early rock, bluegrass, flamenco, and mountain music, Roger's goal is to craft new tunes that bear repeating. His music is a happy blend of compositional artistry and schooled technique. Roger's audience is made up of instrumental music lovers who don't play guitar and are there for the music and guitarists who exclaim "You're flatpicking that?!" Shortly after taking up the guitar in 1960, Roger began performing at local festivals. Loved and respected by audiences and musicians for his chops, delivery and wit, he played lead guitar for a succession of dance bands during the 60s and 70s. Migrating from the electric to the acoustic guitar in the 1970s, he went on to develop his signature style of solo flatpick guitar. Lasley has wowed acoustic music aficionados in a variety of venues throughout the upper Midwest. His local guitar legend status was geographically upgraded through appearances on Iowa and Minnesota Public Radio (Live from Studio One, The Prairie Home Companion Show, etc.) during the 70s, 80s and 90s. He continues to compose and perform and now dances like a butterfly for an even wider audience on his beautifully recorded CDs. "Lasley is a true original, like Fahey and the other strange guitarists." Discography: What Cheer Road Duck and Let the Wave Go By Dinner on the Ground Walking Backwards Unpainted, Unfinished, Unstained Another Fall Adobe Flatpick Vacation Reviews: Roger's first CD, "What Cheer Road": "Sounds like his fingers can do whatever his brain wishes them to do; refreshing felicity in service of tunefulness harbored in traditional forms but not moored to them; recording quality is terrific--timbral range jaw-dropping." Chris Drumm trade newsletter. Roger's third CD, "Dinner on the Ground": "...this worthy disciple of Leo Kottke, Doc Watson and John Fahey has released a series of beautifully recorded, elegantly played solo acoustic guitar discs. They're all gorgeous." Iowa City Press-Citizen. "Lasley's first three CDs (and I'll be reviewing his latter four shortly) are of consistently high quality, and I'd advise guitar aficionados to pick them up for the music and other players to grab them for the wealth of new tunes which they might readily borrow (with proper credit, of course) for their own repertoire. Despite being solo guitar albums, there's a lot of variety..." Rambles a cultural art magazine. 'Ace Minnesota guitarist and his big ol' Martin show that a good flatpicker can match fingerpicking any day in a set of excellent original pieces ranging from the laidback to the seriously rocking, with next to no overdubs. Bert Weedon was never like this!' fRoots, no.274, April 2006, reviewing "Adobe". "The eighth album from Minnesota's best-kept secret and his big Martin guitars, this shares with it's predecessors lovely, relaxed flatpicking and strong original tunes with bits of blues and country. There's a welcome absence of flash for it's own sake - what you get here is a supremely confident set of tunes with great good humour. Who needs fingers?" fRoots, no. 314/315, August/September 2009, reviewing "Flatpick Vacation.

Here's what you say about
Roger Lasley - Dinner on the Ground.