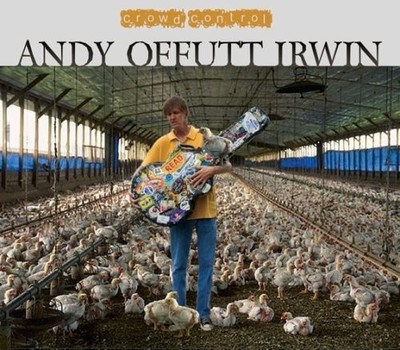 Recorded, live, on July 3, 2008 at the International Storytelling Center in Jonesborough, Tennessee. Don't worry, Andy fans: this album contains tales of that eighty-five year-old, newly minted physician, Aunt Marguerite Van Camp. We'll learn how Dr. Marguerite obtained her own "blue law." How her late husband had been a Shakespeare nut, and we'll hear of Marguerite's encounter with an amateur professional wrestler. But Andy gets more personal than ever on this collection of stories. We'll hear about his sons, Liam, the Night Toddler, and Tristan, the Microcephalic Adventurer, that Flying Kapoo. "This is Andy's best work yet." - Bil Lepp Andy is one of the most popular storytellers on the circuit today. A native of Covington, GA, Andy started out in comedy, spending five years writing, directing and performing with SAK Theatre at Walt Disney World. When he returned to Georgia, he added music and storytelling because he had a lot more to say. He tours a lot, but when he's home he gets to be the host, storyteller, and audience trainer for the radio show, Evening Star, on Georgia Public Broadcasting. For sixteen years he was Artist-In-Residence at Oxford College of Emory University where he still butts in during rehearsals and does theatre workshops from time to time. He has had lots of more interesting life experience-type jobs including - but not limited to - actor; camp counselor; political satirist; youth director; janitor; deputy voter registrar; theatre orchestra conductor; garbage man; teacher; carpenter's flunky; and bullfrog tadpole catcher (Honest). 'Amazing interactive folk from an eccentric who punctuates his tunes with humorous anecdotes... A fiendishly clever union of Tom Lehrer's topicality ... cut with Bobby McFerrin-style mouth music. Andy Offutt Irwin's shows are good quirky fun, and so's his new CD, 'Banana Seat.' ' The Atlanta Journal / Constitution.

Here's what you say about
Andy Offutt Irwin - Crowd Control.