Smp - Crimes of the Future 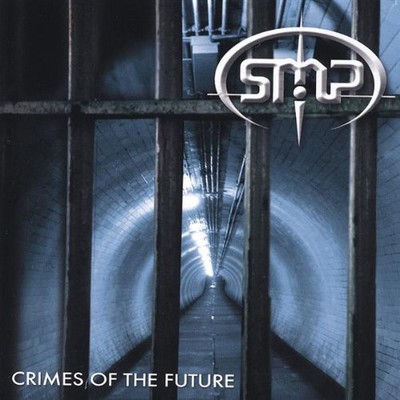 SMP, aka Sounds of Mass Production, is Jason Bazinet. SMP's music has been described as cyber-punk, a blend of industrial-dance and rap-rock. It's danceable, aggressive, diverse and complex. In 2001 and 2002, SMP released it's 4th and 5th albums - 'Terminal' (originally released on ADSR in 2000) and companion remix album 'Hacked' - with Martin Atkins' (Pigface) Invisible Records and set out to bring it's vision of the future to the masses with two U.S. tours, as well as with opening spots for Pigface and Meg Lee Chin. In 2003, SMP and Invisible Records dissolved their relationship amicably on the basis of contractual disagreements. 'Crimes of the Future' is SMP's latest record in the works. The much anticipated follow-up to 'Terminal' was mixed by none other than former Reconstriction label mate, Wade Alin of the volatile coldwave act, Christ Analogue. The new album, although not yet released, has already spawned hits that fans have been enthusiastic about at recent SMP shows. Among those new favorites are the apocalyptic 'This Perfect Day' and 'Beautiful,' in which the band explores a slinkier, sexier tune. Bazinet's main goal right now is to get the new album released. Several prospective labels are currently reviewing the latest demo material. SMP's previous four releases, 'Hacked' (2001), 'Terminal' (2000), 'Ultimatum' (1998) and 'Stalemate' (1995), brought SMP to a broad audience with seven national tours and extensive support from the press, including Outburn Magazine, Sideline Magazine, CMJ Magazine, The Seattle Times and Alternative Press. The band enjoyed a spot on CMJ's RPM charts for several months. SMP's music has been featured on MTV's 'Road Rules' and various extreme sports videos. SMP's live shows sets the band far apart from it's contemporaries and has impressed thousands of fans across the nation. The furious drumming, grinders throwing out sparks and raw punk-rap vocals flow over thumping bass lines and funky beats. Think 'Blade Runner' meets hip-hop performed punk-rock style. SMP was founded in 1992 by Bazinet and Sean Ivy, and the pair debuted in 1995 with 'Stalemate.' Due to Ivy's departure from the band and his request, all future SMP releases will feature material exclusively by Bazinet.

Here's what you say about
Smp - Crimes of the Future.