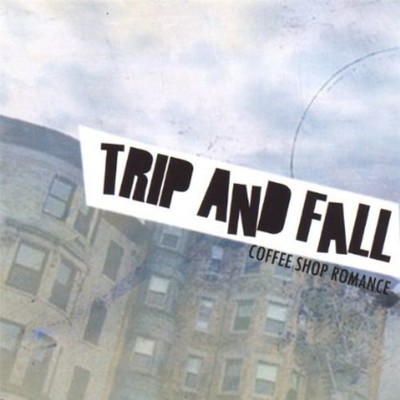 I've been sitting behind a computer for a couple hours now, killing time before I had to write this bio. I've raked my brain for that perfect philosophical way to explain our band. Lots of bands try to give off a false sense of perfection by writing bios that make them seem like they are the new Van Halen, only better. I could say to you that we single-handedly are going to save music. I could try and coax you into believing that we are the best thing to ever come out of San Diego. Did I fail to mention that about only every hundred years do four musicians of our caliber get together and make music? I could feed you all of these exaggerations, but then you wouldn't really know us. You wouldn't know what drives us. We would just be another band with another self-centered bio. We're different though. Stick with me here and you'll find out why. I'm going to keep it simple for you by introducing us, Trip and Fall, to you the listener in the basic format of Who, What, Where, and Why. Who are we? The band Trip and Fall became a reality in 2003. Singer/Guitarist Brenden Bourgeois and Bassist Andy Lyall were playing in another band at the time. There were some lineup changes and Brenden invited Levi Williams (Lead Guitarist) to sit in on a practice. What happened there was history. That same week Levi was playing his first show with the band. There was a problem though. This was a new band and needed a new name. For lack of a better name, and out of Brenden's sheer clumsiness, Trip and Fall was born. Eventually, due to a change of times, the drummer left the band. Trip and Fall tried out several different drummers from that point on, including Travis Barker, Carter Beauford, and Neal Peart. The one that stood out most was current drummer, Justin Beeson, who before ranking with drummers of such caliber, was in a band with Levi. So now, in 2005, the band member puzzle is complete and the music is showing it. What are we? Diversity is key when we are writing music. Our different backgrounds provide a wide range of styles in our music. Justin and Levi come from a time when pop-punk reigned king. Levi still listens to pop-punk and isn't afraid to admit it. He also enjoys old fashion rock n roll. Justin, who is still a punk rocker at heart, is influenced by bands like Jimmy Eat World and Dave Matthews Band. Andy likes his music with gut curdling screams and insane breakdowns. Don't get me wrong, he is a peaceful man, but his CD player might suggest otherwise. Then there is Brenden. Take away the drums, bass, and face melting guitar solos, and Brenden will still be happy. He is the American song-writer at heart, influenced by real life and real people. Throw these four together, and you have a sound that some would compare to Third Eye Blind or Switchfoot. We didn't set out to sound like anyone; however our influences have helped shape our music into an original new sound. Where are we? Geographically: San Diego. This is where we practice, play shows, and go on dates. Musically, we are releasing our first full length CD. We don't know where this CD is going to take us, but we know wherever we end up is where we are supposed to be. We are here to make music, and share that music with people who want to hear something new. So this leaves us with-Why are we? The answer is simple. We've been blessed with the opportunity to be a part of someone's life. Everyone has a soundtrack to their life. When a person is happy they turn up the radio. When a person is sad they put in their favorite CD. What are they listening to? We have a message of hope, love, and honestly, something real. Are you interested? Make Trip and Fall part of your soundtrack collection. We'll fit alphabetically right after The Titanic. The End.

Here's what you say about
Trip and Fall - Coffee Shop Romance.