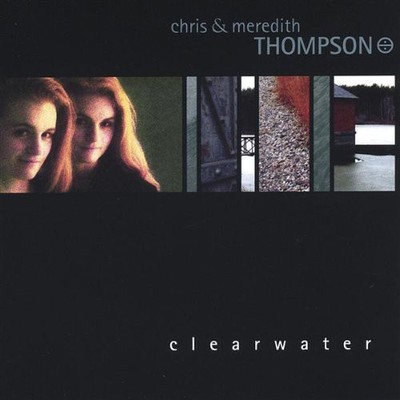 Chris & Meredith Thompson are 'powerful performers with a natural warmth for the live concert stage' writes Tom Lounges in the Beat. Best known for the unique blend of their nearly identical voices, the Thompsons weave vocals, flute, guitar and percussion together creating a sound that is genuine, beautiful, and powerful. These identical twin sisters grew up down the street from Stone Soup Coffeehouse in Providence RI. They played their first show at Stone Soup in 1992, and have since played in venues across the US and released five albums. Chris plays percussive, riff driven guitar. Meredith plays authentic Latin rhythms on congas and adds flute to their sound. Both sisters sing in close harmony both earthy and ethereal. The Thompsons link music and stories together to create an engaging, animated performance rich in texture, mood and character. The Thompsons tell stories that resonate with the audience, stories that celebrate common experience. 'It is their mix of intriguing stories of people's hopes and histories that makes the Thompsons music so compelling' writes MaryAnn Robertson, Spotlight, Portsmouth, NH. With the release of their fifth CD, Clearwater, Chris & Meredith Thompson establish themselves as artists of consequence, showcasing the variety of their compelling harmonies, lyrical expression and arrangements and well penned lyrics. Chris& Meredith Thompson achieve a vocal harmony known uniquely to siblings. At times, their voices effortlessly combine in harmony as if they were two parts of one whole. Then, just as effortlessly, the individual voices will emerge, creating a vocal sound that has become their trademark. The Thompson's love of World Music is evident from the Latin and World instrumentation and melodic themes throughout Clearwater. Meredith layers congas, djembe, talking drum and percussion alongside Chris' guitar to create a rich rhythmic foundation. Meredith also adds flute to evoke sounds ranging from Andean pan pipes to Celtic melodic lines. This refreshing instrumentation and production combined with their poignant lyrics creates a musical foundation that draws the listener deeper into the story. Wildest Sea, the leading track on the album, features the duo's powerful vocals and infectious percussion. Inspired by the story depicted in the book 'The Perfect Storm,' the lyrics express the lure of the sea that draws people back to the ocean even after tragedy and loss. The flute and nylon string guitar introduction sets the stage for the Latin inspired song Neruda. Chilean poet Pablo Neruda decided to write 'for justice, not for wealth' after his friend and colleague Garcia Lorca was assassinated for his political activism. Pablo's outspoken activism transformed him into the voice of the Chilean people, and led to his eventual exile from the land he loved. The layering of conga, clave and other percussion weave a distinctly Latin feel into this beautiful song. The acappella Harvest Moon demonstrates the Thompson's ability to write songs of elegant simplicity. Upon first hearing, the unusual harmonies and stark imagery may cause the listener to believe the song is a chant from Medieval times. Yet, this original song took shape at a music festival. Chris was struck by the dramatic beauty of the blackfeathered crow flying over a field of dried and weathered cornstalks and the harvest moon shining above. The unique harmonies rival those of the most beautiful early music compositions, with their sisterly voices switching harmonies and melting into one, mesmerizing the listener with stark and graceful simplicity. Harvest Moon then slips into Dave Carter's composition Tanglewood Tree. Dave Carter and Tracy Grammer's original recording is hard to match. However, Chris and Meredith create an outstanding version, both rhythmically and harmonically driven, yet reminiscent of both the passion and vocal styles of the folk-rock groups of the 60's. It's an original and stunning treatment. There are many shades and textures in Clearwater, which as you listen, will continue to deepen and become richer with time.

Here's what you say about
Chris Thompson - Clearwater.