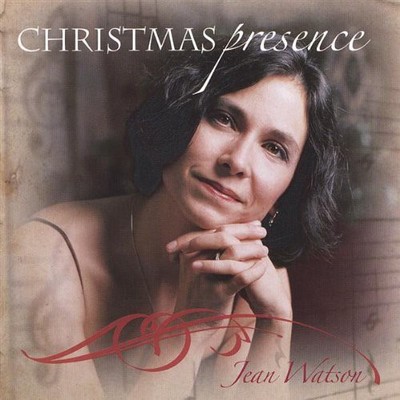 Jean Watson was born into a musical family and was conservatory-trained as a classical violinist. She received her training at Cincinnati College-Conservatory, Miami University of Ohio, and the Tanglewood Institute where she was able to play under the baton of the legendary Leonard Bernstein. She began her musical career playing in symphony orchestras, freelancing, and teaching. As a symphonic musician, she was privileged to accompany stars such as Dionne Warwick, Aretha Franklin, Sandi Patti, and The Manhattan Transfer. She was also active as a church music leader which is where someone first suggested that she pursue vocal training as well. She studied classical vocal technique off and on for years and enjoyed singing both classical and contemporary Christian music. In the fall of 2002, she recorded her first CD using her skills as singer, violinist, keyboardist, and arranger. She gave the CD's away as Christmas gifts, and the response to the recording was so unanimously positive that people actually donated money to see Jean continue to record. The recording seemed to elicit a strong emotional response in many listeners as Jean transparently shared her heart through her music. 'Aireborne', Jean's first full-length recording, was completed in August, 2003. This time, the content was more up-beat praise and worship music, and the style was more in the 'rock' genre. Although 'Aireborne' was a milestone for Jean and sold well at concerts and in the Christian bookstore, she longed to return to the simpler, more personal arrangements which incorporated her love of classical music. The door was opened for her to begin work on such a project in the summer of 2004. Less than 24 hours after praying for God to make a way for her to go back into the studio, friends appeared on her doorstep with the money to to record the new CD! Jean had a Christmas project in mind...a CD which would draw on the ancient carols of the Church and present them in a contemporary style. Soon after the recording was begun, Jean committed to donating at least 50% of any proceeds she received to local and international charities. She is currently donating her proceeds to Mercy in Action International which is overseeing the construction of an orphanage for homeless children in Nairobi, Kenya. Proceeds will also benefit Kalamazoo First Assembly of God which is ministering to those in need in Kalamazoo, Michigan. Jean concertizes as a singer and violinist throughout southwest Michigan. She plays violin for the internationally televized services of Resurrection Life Church in Grandville, Michigan. She also plays in the Kalamazoo Symphony, freelances, teaches, and homeschools her four children! She is passionate in her desire to share her faith through her life and through her music.

Here's what you say about
Jean Watson - Christmas Presence.