The Lyric Brass Quintet - Christmas Around the World 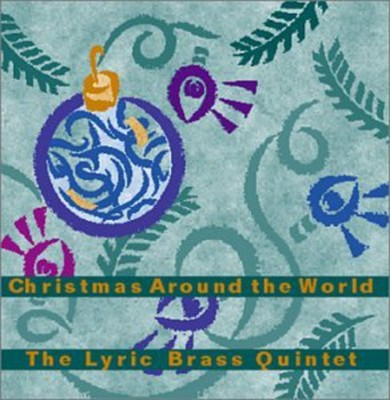 Formed in 1998, The Lyric Brass Quintet (Elisa Koehler & Kevin Dines, Trumpets; Larry Williams, Horn; Stan Wilkerson, Trombone; and Andrew Spang, Tuba) has established itself as an exciting ensemble dedicated to bringing the rich traditions of brass chamber music to new audiences. Their debut CD, 'Daydreams, Desires and Diversions' was released in 2000 to critical acclaim. As winners of the 2000 Baltimore Chamber Music Competition and the 2001 Catch a Rising Star Competition, they have been featured on many prominent recital series on the East Coast. LBQ is sponsored by Stu's Music Shop in Westminster, Maryland, and serve as artists-in-residence at the Goucher Summer Arts Institute. Individually, the members of LBQ bring a wealth of experience to the group. They have performed and recorded with the Baltimore Symphony, US Navy Band, New World Symphony, Savannah Symphony, Knoxville Symphony, Baltimore Chamber, and Dayton Philharmonic Orchestras as well as the Baltimore Choral Arts Society, the Eastman Wind Ensemble, and the Lincoln Center Jazz Orchestra. For their long-awaited Christmas album, the members have culled together a rich collection of treasured favorites and rarely heard gems of Christmas music from all over the world. Many are unique arrangements by the LBQ's tuba player Andrew Spang. The styles flow seamlessly from classical and Renaissance, through daring settings of traditional folk music, to tasteful presentations of contemporary Christmas classics.

Here's what you say about
The Lyric Brass Quintet - Christmas Around the World.