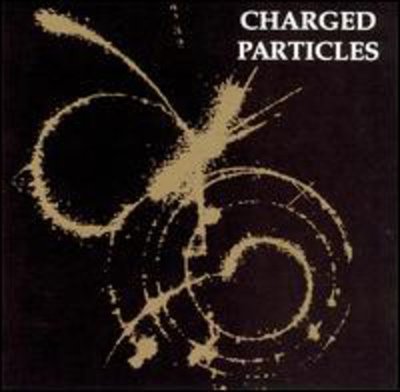 The most exciting and creative music being made today crosses stylistic boundaries and blends multiple traditions to create vital new sounds. Charged Particles features three of the country's young virtuosos doing just that for contemporary electric jazz. Caleb Hutslar is a keyboard wizard whose classically trained technique and imaginative improvisational skills boggle the mind. Mike Rak is an inventive and sophisticated acoustic and electric bassist. Along with fiery drummer Jon Krosnick, these players are making some of the most electrifying jazz in the world today. All of the trio's music has a distinctly acoustic sensibility, despite the fact that the members play both electric and acoustic instruments. The group's small size allows for great sensitivity and spontaneity among the players, making each performance an enchanting improvisational exploration. The band's energy level is always high, even when they are cooking at a volume no louder than a whisper, or floating through the melody of a romantic ballad. Each piece they play brims with the fun the players have together and with the admiration they have for each other. Charged Particles are a treat to hear! The trio's repertoire blends jazz styles with elements from Latin music, classical music, funk, and more. The group's original compositions are mixtures of elaborate orchestration and opportunities for creative improvised solos. And they bring a similar approach to playing arrangements of tunes by other jazz artists and traditional jazz standards, including favorites by Cole Porter, Duke Ellington, Richard Rogers, and other composers of America's most popular songs from decades ago, each played with a new twist. Charged Particles made it's public debut on National Public Radio's live performance program, 'Detroit Jazz Alive', originating in Detroit, Michigan. The group's one-hour live performance drew wide attention. Performances since then have been at festivals and clubs around the country. In addition to it's own headline performances, the band has opened for national recording artists such as Stanley Jordan, Yanni, and Al DiMeola, and the group has had such international mega-star drummers as Peter Erskine and Dennis Chambers sit in with them. Charged Particles released their first CD in 1994 on Schoolkids Records and their second, 'Sparks,' in 2002 on BOPO Records. The CDs have received airplay on over 300 radio stations world-wide and have been praised by national jazz critics in such outlets as Jazziz Magazine, Jazz Times Magazine, Jazz and Blues Report, Pulse! Magazine, and many more. A performance by the group was included on the 1996 compilation CD, The Columbus Collection, featuring outstanding jazz artists from Columbus, Ohio. 'Sparks' was named one of the eight 'must-hear' jazz releases of 2002 by The Other Paper, and the opening track from 'Sparks' was included on the 'Jazziz on Disc' sampler CD mailed to 85,000 subscribers of Jazziz Magazine in March, 2003.