Matt O'Ree - Chalk It Up 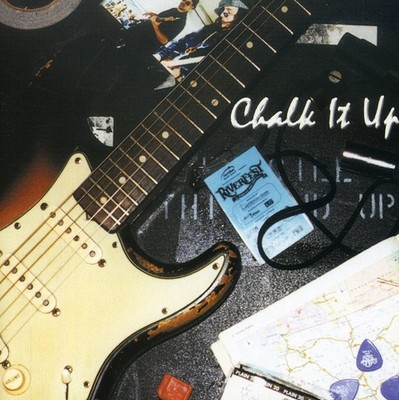 Matt O'Ree, a man and his Stratocaster cranking out the blues, has all the trappings of a genuine guitar hero. This 29-year-old guitar slinger plays with fire in his fingers and blues in his soul. Anyone who has experienced his music will only say but the best. At age 13, he sunk his roots in the blues-Albert King, Howlin' Wolf, to Jimi Hendrix and Stevie Ray Vaughan. After establishing a good foundation, at age 15 started playing in various bands, honing his skills through time and pure dedication. This lead to an accomplished studio musician only two years later. Some of Matt's most recent accomplishments include the stage with world famous drummer Buddy Miles, an invite to play at Les Paul's Birthday Party, and was also one of the finalists in the Jimi Hendrix Electric Guitar Competition. Matt went on as a music major in college, picking up studio and live gigs anywhere he could. But it was there where he began collaborating with bass player, Eric Lee Collier. Also a NJ music scene veteran, Eric began his career by playing in many local bands, absorbing multiple styles into his technique. Eric had the drive, passion, and the style comparable to James Jamerson and John Paul Jones, which was a key factor in creating the Blues Hound's sound. After auditioning several drummers, they were fortunate to land local favorite, Bob Pantella. Bob has played and toured around the country in a range of different styles, which earned him chops unlike no other. Bob brings a pounding beat to the power trio much like legendary drummer John Bonham and Mitch Mitchell, adding a creative passion to an old style of music. With the line up complete, they began writing and recording material that evolved into their debut CD, '88 Miles'. Released in 1998, it gained national reviews and airplay, pushing the Hounds to a higher level including opening the show for national recording artists like Gov't Mule, Robin Trower, Bernard Allison, Chris Duarte, Indigenous, Robby Kreiger, and Walter Trout. The Blues Hounds have just completed their second CD, 'Chalk It Up' which was released June of 2001. It has already received rave reviews and regional press recognition: As Seen in 'Blues Revue' magazine... 'Pounding blues rocker 'Such a Shame' kicks off Chalk It Up (self-release) from Garden State axeman Matt O'Ree and his band The Blues Hounds. O'Ree's playing is very much in the modern, post-Vaughan style, and he's got it down cold. He's supported by fine players, including drummer Bob Pantella, a true shuffle king. O'Ree who wrote most of the album, is a good lyricist and an excellent singer. Best bets are the powerful title cut; the sweet, slow 'Mine for a Song'; and the pumping 'Ain't Got No Time' which features and excellent, very melodic guitar solo. '

Here's what you say about
Matt O'Ree - Chalk It Up.