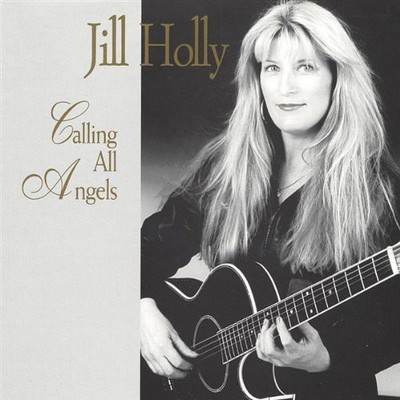 It's no surprise that Jill Holly was invited to perform at the 2002 Winter Olympic Games in Salt Lake City in the Olympic Village. And it's no mystery why the international crowds warmed up to her instantly despite the chilly temperatures. The former Twin Citian honed her skills in the highly competitive College Circuit and was honored many times as a nominee for the coveted Female Entertainer of The Year Award. Ms. Holly was the first independent artist to have a cut from her 'Giving You All Night' CD in rotation for United Air Lines, TWA and Air Force One (The Presidential Air Plane). She's recently toured and opened for Shawn Mullins, and Maria Muldaur and performed on the MTV special 'RADD' Recording Artists, Actors and Athletes Against Drunk Driving at the House Of Blues, singing back up for Paul McCartney. After three European tours, one Asian tour, over a thousand college concerts,hundreds of fairs and festivals, Jill Holly is once again on the road to promote the upcoming release of her 5th CD, 'ALIVE' recorded for Ivy Records. * The Telluride Times Journal reports, 'an intense package of vocals chords. Holly is also a master on the guitar, and her acoustic shows are definitely worth checking out.' * Kevin Bacon-actor/recording artist said, 'Just AWESOME, incredibly talented, We really enjoyed her performance.' * The Farmington Herald on Jill Holly: 'I didn't want her performance to end...You could feel the audience felt the same. By far the best opening act IÕve seen.' See what others are saying about Jill Holly on Amazon.com or at JILLHOLLY.com MORE OF WHAT OTHERS HAVE SAID ABOUT Jill Holly 'Did you find in her what was missing in you- Or did you find what was missing was me- What did you come here to see?' From 'Why Are You Standing Here' from the upcoming ALIVE CD Power, grace and consummate musicianship are but a few words to describe the music and performance of Jill Holly. Sensual, soaring vocals lead you along a path of unique discoveries: guitar playing both fiery and fluid, piano playing both passionate and true. Her songs seep into the heart, staying with the listener. Internationally known as a 'performer's performer,' this captivating blonde takes complete command of the stage, engaging the audience on a journey through her acoustic rock music. Ivy Records recording artist Jill Holly's 'Calling All Angels' CD was hailed as a breakout record by Los Angeles producer Bill Hartew of KLOS-FM and featured on that station's 'Local Licks' program. Selected cuts from the CD were chosen for in-flight programming by United Airlines, TWA and ultimately Air Force One. Sharing the stage with A-list performers such as Bonnie Raitt & Shaun Mullins has garnered much attention in her career. Jill Holly has appeared five times as a featured performer at the Durango Songwriter's Expo and has been a favorite on College campuses, Fairs and Music Festivals throughout the country. Whether in the intimacy of a nightclub or the grandeur of a concert hall, Ms. Holly delivers magic through each and every note. Audiences from around the world such as Japan, Sweden, Finland, the Netherlands and Belgium have been left mesmerized by this unique artist. Jill Holly has been the voice of LA Gear, performed at the MTV Special RADD concert at THE HOUSE OF BLUES in West Hollywood as backup to Sir Paul McCartney. She's written for film and television and has toured with and opened for Shaun Mullins, Maria Muldaur, John Hammond, Bonnie Raitt, Bobby Kimball (of TOTO), Stephen Bishop, Dave Alvin, The Williams Brothers, Christopher Cross, Earl Thomas Conley and Jessie Colin Young, to name a few. Expect to see JILL back on the road after completing the finishing touches to her new CD, ALIVE!

Here's what you say about
Jill Holly - Calling All Angels.