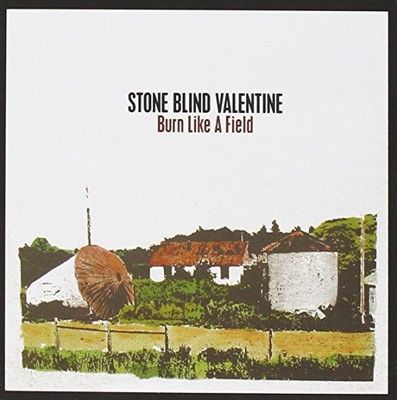 Stone Blind Valentine is the acoustic project of longtime Chicago musicians Emily Hurd, Colby Maddox, and Gregg Ostrom. The group treads on bluegrass while digging into rock and early American country. The band recorded their first album--Burn Like A Field--live at Chicago's King Size Sound Labs. Like all good mountain music, SBV builds their tunes with strong singing, nature imagery, and a lot of twang, but their Chicago roots are unmistakable in Burn Like A Field. The bluesy guitar and industrial groove in 'Extra Extra' thump defiantly as Hurd belts out 'Honey, I can read you like the Sunday Morning Times; I can see you're lying by the headlines in your eyes.' The group sings in three-part harmony about broke city days in 'Crown The Kings,' and 'Whiskey Neat' sounds like late-night Bourbon Street in the summer. The songs on Burn Like A Field were penned by Hurd, the lead vocalist, piano and banjo player. The tunes were brought to life by Gregg Ostrom (guitar, vocals) and Colby Maddox (mandolin, fiddle, guitar, and vocals). SBV called on close friend and producer John Abbey to play upright bass on the album. The BURN LIKE A FIELD recording sessions were filmed and photographed by the crew of Carla Englof Productions. When the album is released, the video 'Extra Extra' can be seen on Youtube and the band's web site: http://stoneblindvalentine.com The BURN LIKE A FIELD album cover was designed by Chicago artist Dolan Geiman. Dolan is a nationally recognized mixed media artist creating original paintings, collages, constructions, and limited-edition reproductions. Produced from salvaged wood, found objects, and other recycled materials, his eco-friendly artwork emerges from a folk art tradition infused with a contemporary, urban style. Before joining SBV, Emily Hurd released nine albums of original music. A native of Rockford, IL, her music has appeared on Public Radio and the television series NCIS. She is influenced heavily by Hoagie Carmichael, Lyle Lovett, John Prine, 60's rock, and old soul, country, and gospel. Current projects include learning to play bluegrass banjo, inventing recipes for her monthly supper club, and writing an album to commemorate the life of her late father. Little known fact: she knows how to operate every tool in a workshop and has a saw-mill manual on her nightstand. Colby Maddox is the founder of Sunnyside Up--a banjo-less bluegrass power trio. He has toured extensively with Special Consensus and won first place in the mandolin competition at Rockygrass. Maddox hails from Portola Valley, CA, and his early influences include David Grisman and Pete Townsend, then later: Steve Morse, The English Beat, Mark O'Conner, Darol Anger, new wave, and punk. Current projects include gigging with his band, learning the piano/accordion, and fixing whatever just broke around the house. Little known fact: his first instrument was a jaw harp. Originally from Avon, Connecticut, Gregg Ostrom has played with countless Chicago bands and songwriters, including Butterfly McQueen, Covered In Honey, Dale Petersohn, Anne-Marie Akin, R.D. Roth and The Issues, and Kaspar Houser. He is influenced by Jerry Garcia, AM radio, and his first dime-store semi-hollowbody guitar, complete with a kickstand whammy bar, broken tuning peg, and red sunburst arch top with f-holes. Current projects include voice lessons, experimenting with virtual analog synth apps on the iPad, and doing crosswords. Little known fact: Gregg played that first guitar until he was good enough to audition for a jazz band; when they found out he could play the trombone, they made him ditch it and take a seat in the horn section.

Here's what you say about
Stone Blind Valentine - Burn Like a Field.