Finn & the Sharks - Built to Last 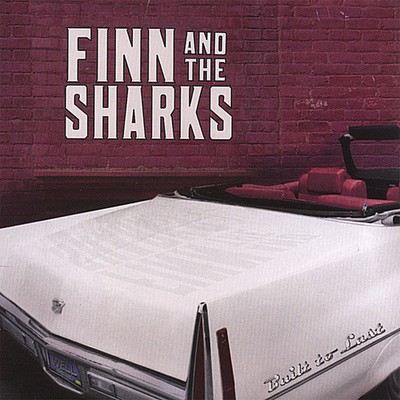 Finn & the Sharks Bio/Press Release Built To Last, the new CD by Finn & the Sharks is now available here at CDBaby. It is a full length release of new music by the band. The 2004 release of Shark Therapy (also available on CDBaby) is a collection of previously unreleased material that was recorded more than 20 years ago. Built To Last, on the other hand, has been in production over the last year and a half and represents the current work of the band with veteran producer, Larry Alexander. All the songs in this offering are Sharks originals. Author Richard Connolly, the director of Circumstantial Productions, wrote this about Finn & the Sharks and their new release on UpSouth Recordings, "... Built To Last, a CD of original new music that builds on their earlier work in powerful new ways. From the opening track, "Rip Roarin' Ready" to "Adios," the final track on this 16-song CD, every song is rooted in particular styles and forms of American music. Each song is produced with care and precision, as the talents of each band member are highlighted. The result is an amazing combination of vocal and instrumental creativity." The band members, individually and collectively, are longtime music industry journeymen whose list of credits include having worked with B.B. King, Dave Edmunds, Wilson Picket, Sam & Dave, Robert Gordon, Sleepy LaBeefe, Commander Cody, Asleep At The Wheel, The Psychedelic Furs, Joe Ely, David Bromberg, Lenny Kaye, Wayne Kramer, The Sun Rhythm Section w/ Sonny Burgess & DJ Fontana, Luther Allison and many others. Steven and Eddie backed up Carl Perkins in the feature film, 'The Other Side Of Nashville,' while Jimmy played bass on a single called, 'Let's Put The Fun Back In Rock'n'Roll,' that featured Bo Diddley, Freddy Cannon and members of Dion's Belmonts. Billy and Muddy Roues have written and/or recorded with Vassar Clements, Johnny Johnson, Robert Junior Lockwood, Buddy Guy, Albert Collins, Bo Diddley, rapper DMC and Muscle Shoals greats Dan Penn and Spooner Oldham. Billy has also written songs with Danny Flowers ('Livin' On Tulsa Time') who co-wrote 'Don't Get Me Started" which is featured on this CD. He has also written with Lonnie Mack and Jo El Sonnier. Brother Steven 'Muddy' Roues played blues harp behind John Lee Hooker. Drummer, Eddie, plays a section on Pink Floyd's "The Wall." All are songwriters of some note and their songs have been covered by other artists and have also appeared in the soundtracks of movie and television productions throughout the world. Their live shows are legendary for being high energy, heart pumping and roof shaking affairs. They are not to be missed! Finn & the Sharks are: James Finnen (lead vocals, standup bass, guitar and baritone sax), Billy Roues (lead guitar and vocals) Steven 'Muddy' Roues (stand up bass, acoustic guitar, harmonica and vocals) Ed 'The Hammerhead' Steinberg (drums and vocals)

Here's what you say about
Finn & the Sharks - Built to Last.