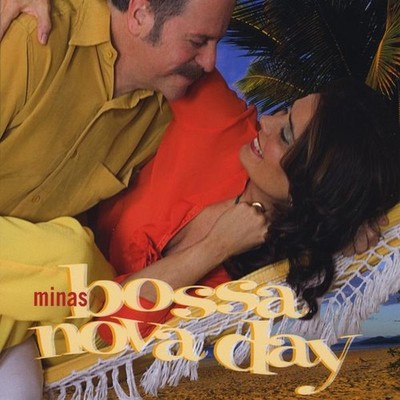 Featuring core-members Orlando Haddad and Patricia King, Minas is one of the most established Brazilian music groups in the US today. With a few decades experience performing for American audiences, Minas creates an intimate and unforgettable musical tapestry that transports and inspires listeners. For over 25 years Orlando and Patricia have been courting north and south, specifically Brazilian and American music influences from samba, bossa nova, choro, American jazz and folk.  Their new CD, "Bossa Nova Day" is comprised of 10 original songs based on these influences; beautiful and whimsical compositions, capturing the essence of great song writing. If you enjoy music with mood and romance, it's all there in the intimate interaction of Orlando and Patricia' s vocals and expressive instrument performance. Patricia on piano and Orlando on guitar scale down to a full sounding duo, with enough room to allow their multiple talents as writers, singers, instrumentalists to come forth. Drawing from both continents' roots, Patricia and Orlando blend north and south effortlessly as they comfortably move through Brazilian and American music textures in both Portuguese and English. A prime example of this blend is represented in Orlando's song, 'Singing Does Away with the Blues' which serves up sultry blues gospel and Brazilian spicy samba on the same plate in both Portuguese and English.  Whereas Patricia's composition, 'Hour Glass' transports American folk music to Brazil as she treats reflective English lyrics over a slow choro rhythm. A tapestry of moods are displayed in various music styles from minor ballads tinged with melancholic traits of fado and choro, to good ole American folk song coasting on subtle coolness of a Bossa Nova pulse, to upbeat sambas elaborated with Jazz improvisation and scat singing. This duo travels from north to south, south to north, with such personal grace and charm, you would think they were serenading you in your own living room. Bossa Nova Day reflects a perfect marriage in many contexts - lyrics wedded to melody, the romantic conversation of male and female vocals, and the fusion of north and south rhythms enhanced by dynamic work between guitar and piano. This duo rapport exudes such warm presence of togetherness that only a life-time can produce. The chemistry speaks for itself on stage...so much in a look that passes between the couple, conveys the poetry of their life heard in every note and passage of music. A poignant collaboration of lyric and music writing is evident on the stunning song, "The Guitarist" a blend of Patricia's poetry and Orlando's guitar composition in a duo's vocal performance so eerily in sync with more than the music itself. The upbeat tune, "Bossa Nova Day" by King, opens the CD with a groovy bossa nova and Cole Porter-style lyrics... 'For love and bossa nova are in the air, just the music setting for this love affair, love and this bossa nova mood, play the rhythm of my heart, play a tune". In total Brazilian context, Orlando's composition "Temporal" is a direct transport to Brazil with Portuguese lyrics painting the setting of the beach over a modern sounding 7/8 bossa rhythm pattern that only a true Brazilian can produce. No doubt, the extensive experience of varied performing substantiates a vital part of MINAS' success. Years spent playing street samba for American audiences, performing countless city venues - whether in  concert,  small jazz clubs or  orchestra settings, veteran MINAS continues to pave new roads, constantly evolving with it's original music, earning the right to be called one of Philadelphia's gems. MINAS' community music programs have involved thousands of youth in addition to extensive educational outreach efforts they have made in Philadelphia promoting commonalities between Brazilian music and American Jazz. Not only did MINAS first bring Brazilian music to Philadelphia some 25 years ago, but relentlessly carries this music forward, taking the best from the traditions, collaborating on American soil, consequently expanding new horizons. Whether you've seen MINAS perform in large ensembles with drum and brass sections with feathered samba dancers, or in as a Brazilian jazz quintet with Philly's greatest jazz artists, or in intimate form as a bossa nova duo, MINAS manages to change it's music up, always with quality and flair. Now that it's just the two of them, here's yet another chance to fall in love with a new, yet familiar approach to their music. In this new release Bossa Nova Day, one would say that Patricia and Orlando have once again renewed their vows to keep the marriage of their music young and refreshing, as well as profound and seasoned, by years of love and dedication to cultivating stories and poetry they bring to life in their music.

Here's what you say about
Minas - Bossa Nova Day.