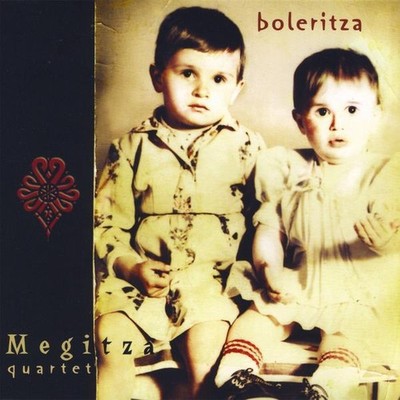 Vocalist and composer Malgorzata Babiarz, is indeed a diverse musician. She recalls her earliest influential musical experiences witnessing firsthand the rich Gypsy culture in her mountain village and singing traditional Polish Highlanders' melodies with her Grandmother. Malgorzata's expertise is revealed in her vocal flexibility, strength, and authenticity. Her repertoire includes original compositions, music from Central and Eastern Europe, the Balkans, South America, and also songs in Romanes - the language of the Gypsies. She truly is a versatile musician with a distinctive gift for singing. 'Fantastic voice and a unique talent.' Roby Lakatos, Virtuoso, Gypsy Violinist Andreas Kapsalis began playing guitar at the age of 11, coming from a musical family he was exposed to classical and world music at an early age. This instilled the discipline and a curiosity for the music of other cultures. Being primarily self taught Andreas began to gather influences from every musical style he came across such as Jazz, Greek folk music, Film Soundtracks, Rock, anything that would teach him his instrument and fuel his own musical compositions. Andreas developed his unique style of guitar playing from overcoming a hand injury the outcome of which spawned a new compositional perspective on the guitar that blends 10 finger tapping with traditional finger style, flamenco and modern extended techniques. This allows for the polyphonous possibilities similar to that of the piano while simultaneously keeping the percussive aspects of the guitar ever present. After years of refining his style his unique approach was discovered by Grammy Award winning Composer and Producer Jim Tullio, a former student of Aaron Copland. Tullio recorded Andreas first EP which garnered attention from such greats as Dave Brubeck and bassist for Miles Davis Foley. In 2005 Andreas was awarded a Composer fellowship by the Sundance institute to bring his compositional style to the silver screen giving him the opportunity to put his music to picture. Andreas' first score was to the internationally acclaimed and award winning documentary Black Gold which premiered at the Sundance Film Festival in 2006. Since his initiation into film scoring he has composed music for several award winning films. In many genres ranging from horror to dramatic thriller to political documentaries. Marek Lichota graduated from Music School in Cracow. He won several music talent contests in Poland and in the United States. One of his achievements was a 1st place in ATG (American Teacher Guild) Contest. Button accordion also called bajan [bayan] has been his passion and an instrument of choice since he was 10 years old. He is also a very proficient pianist and bass guitar player. He can play a wide range of styles from classical, world music, jazz, through klezmer. In his spare time Mark also composes his own music. In 2004 he scored the music for the movie titled"Runaway Divas." Jamie Gallagher's main focus as an artist today is to collaborate creatively with his various projects that are based in and around Chicago. Aside from doing recording sessions, national tours, and local performances, he focuses a great deal of energy on his role as an educator. He has fifteen years experience performing and recording as a drummer, and ten years as a percussion teacher, making him a well seasoned musician.