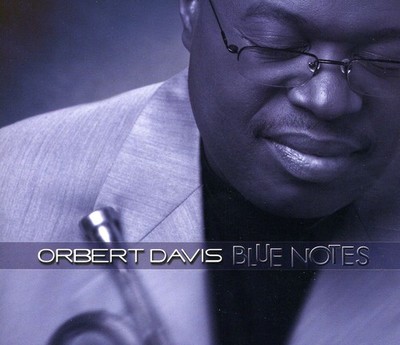 Trumpeter, composer Orbert Davis is Associate Professor/Director of Jazz programming at the University of Illinois at Chicago. Orbert is also the co-founder, conductor and artistic director of the critically acclaimed Chicago Jazz Philharmonic, a 55+ piece jazz-symphonic orchestra dedicated to multi-genre projects. His 2004 CD release Blue Notes peaked at number seven on the JazzWeek national radio charts, while his 2002 CD release, Priority, reached number eleven and received a 'four-star' review from the Los Angeles Times. He was named one of the 'Chicagoans of the Year' for 2002 by Chicago Magazine. Winner of the 1995 Cognac Hennessy National Jazz Search, Orbert was chosen as one of the Chicago Tribune's 1995 Arts People of the Year and in 2000 Chicago Magazine named him Y2k Best Trumpeter in Chicago. Orbert has performed with Wynton Marsalis, TS Monk, Stevie Wonder, Dr. John, Kurt Elling, Ernie Watts, Ramsey Lewis, Grover Washington Jr., Smithsonian Masterworks Jazz Orchestra and Bill Russo's Chicago Jazz Ensemble. Along with his business partner/manager Mark Ingram, Orbert owns and operates ORBARK PRODUCTIONS. Their credits include projects for Atlantic, Capitol, CBS, Epic, MCA and the Warner Brothers record labels. Other projects include arrangements and on-camera performance for feature films such as "A League of Their Own", starring Tom Hanks, Madonna and Rosie O'Donnell for Columbia Pictures and "The Babe," starring John Goodman. He was the jazz consultant for Academy Award winning director, Sam Mendes, for the DreamWorks Pictures feature film 'Road to Perdition', starring Tom Hanks and Paul Newman, where he also had a cameo appearance. Recent projects includes the critically acclaimed documentary "Beauty Rises: Four Lives in the Arts", produced by WTTW and the Illinois Arts Council and "Concierto for Generation I", a work commissioned by Nissan/Infiniti, inspired by the 2007 Infiniti G35 Sedan. Mr. Davis has a bachelor's degree in trumpet performance from DePaul University and a master's degree in Jazz Pedagogy from Northwestern University. Orbert and his wife Lisa live in Chicago with their three children, Zoe, Sydney and Donovan.

Here's what you say about
Orbert Davis - Blue Notes.