Rodney Parker - Below the Soot Out 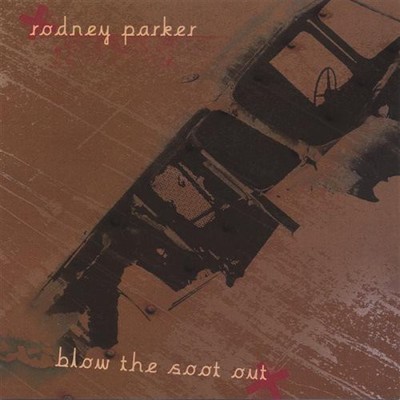 Rodney Parker and 50 Peso Reward is one of the most intriguing and insurrectionary bands to come out of the Texas music revolution since Steve Earle or the Old 97s. Shaking off the norms of the modern Texas music establishment, Parker & the Rewards take a more radical approach - a sound that is not any more southern rock than Steve Earle and not any more outlaw than Robert Earl Keen. Like Earle, there are no plinks in their guitar riffs, the sound moves like a heavy motor across the strings. Like Keen, Rodney Parker is gruff, with a hint of sawdust in his voice. More mature than Pat Green, and more thoughtful than songwriters down Nashville way, Parker's songs are more introspective, contemplative, and respectful of consequences. Clever and intelligent, Parker is reminiscent of Butch Hancock, a more brusque and less tragic version of Slaid Cleaves. Sounding comparable to Jay Farrar - connected to Uncle Tupelo, Son Volt, or even singular - Rodney Parker and the boys have a stake in the say of the future of Texas music. With other modern day groupings of cow-punks such as Macon Greyson, Collin Herring, and the Thrift Store Cowboys, this new generation of borderless musicians will no doubt steal the thunder of the status quo Texas sound, forcing the direction of popular Texas music onto a new, more substantial and satisfying threshold. The band, based out of North Texas, is Rodney Parker (lead vocals, guitar and mandolin), Danny Skinner (accordion, banjo, and harmonica), Brooks Kendall (acoustic bass), Henry Story (drums), and Zach Galindo (lead guitar). Their debut release Blow the Soot Out, will become a Texas Americana classic adding it's own style of stones to the rural contemporary path that those who understand the worth and function of stepping outside of the mainstream, or coloring outside the lines, will follow with ease. - Shelby Morrison Hubstuff Magazine.

Here's what you say about
Rodney Parker - Below the Soot Out.