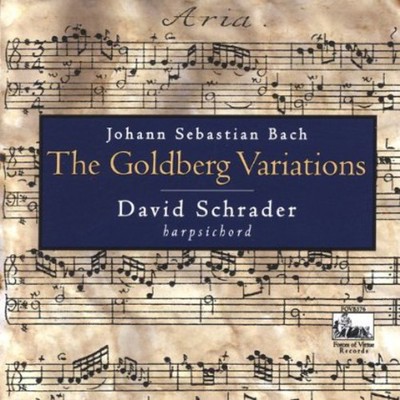 Equally at home in front of a harpsichord, organ, piano, or fortepiano, David Schrader is 'truly an extraordinary musician ... (who) brings not only the unfailing right technical approach to each of these different instruments, but always an imaginative, fascinating musicality to all of them' (Norman Pelligrini, WFMT, Chicago). A performer of wide ranging interests and accomplishments, Mr. Schrader has performed with the Chicago Symphony Orchestra, the Dallas Symphony Orchestra, the San Francisco Symphony Orchestra, and the Colorado Symphony Orchestra. In April of 2002 Mr. Schrader appeared at the Brooklyn Academy of Music with Chicago Opera Theater's highly acclaimed production of 'Orfeo'. He has also performed at the prestigious Irving Gilmore Keyboard Festival (performing separate concerts on organ, harpsichord and clavichord), and, at the Ravina Festival, the Aspen Music Festival, Oulunsalo Soi Music Festival in Oulu, Finland, the Michigan Mozartfest, the Connecticut Early Music Festival, the Manitou Music Festival, and as soloist and conductor at the Woodstock Mozart Festival. Mr. Schrader's recording with Grant Park Symphony of music for organ and orchestra by American composers is the first recording of the Casavant Frères organ in Chicago's Symphony Center. Mr. Schrader has also recorded with the Stuttgart Chamber Orchestra and the Chicago Symphony Orchestra. Mr. Schrader has many releases on the Cedille label, on organ, harpsichord and fortepiano. Mr. Schrader is on the faculty of Roosevelt University for performance and academic studies, and for 20 years, he has been the organist of the Church of the Ascension in Chicago. Mr. Schrader received a Doctor of Music degree in organ from Indiana University as well as the coveted Performer's Certificate. He received a Bachelor of Music in piano and a Bachelor of Music in organ from the University of Colorado.

Here's what you say about
David Schrader - Goldberg Variations.