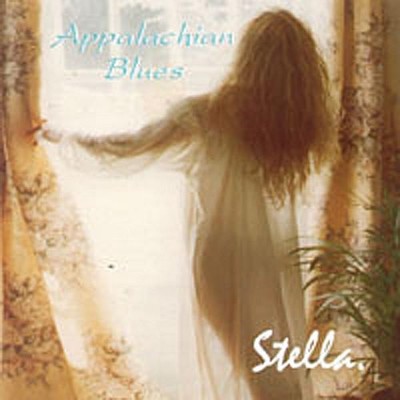 Multi-faceted, a consummate entertainer and a true song stylist, Stella. Has touched audiences worldwide not only through her music, but her stage, television, and film presence as well. Stella. Began her entertainment career auspiciously at an early age singing gospel music with her family -- in church and on television and radio. Her first two albums, which included several original compositions, reflected that early influence and delivered that same sincerity and honesty which is felt in her music today. Relocating to Nashville, Stella. Wrote and recorded her first hit single, 'I Want To Hold You In My Dreams Tonight,' which launched her career in country music. She since has recorded 24 chart singles, 16 albums and garnered numerous awards and nominations, including multiple ASCAP Awards and ACM and Music City News Award nominations. Her CD, Appalachian Blues, an intensely personal musical journey which reflects her Smoky Mountain roots,is 'the most philosophical project I've ever done,' says Stella. 'It's been both a catharsis and a celebration for me.' Not one to feel fenced in by creative boundaries, Stella. Took on the rigors of the theatre, starring in four New York touring productions, including Seven Brides for Seven Brothers, The Best Little Whorehouse In Texas, Pump Boys and Dinettes, and Gentlemen Prefer Blondes. Stella. Has been featured in such films as 'Cloud Dancer,' 'The Loner' and 'Country Gold.' Her work in television has included 'The Dukes of Hazzard' and the CBS-TV movie, 'The Color of Love,' co-starring Lou Gossett, Jr. and Gina Rowlands. Stella.'s love for cooking resulted in her authoring two recipe-packed cookbooks, Really Cookin' (Vol. 1) and Country Cookin'. A third collection, Stella.'s Really Cookin', is slated for release this year. She also has appeared on The Home Shopping Network with her Taste of Life all natural food products. But entertainment is not the only area where Stella. Shines. She devotes much of her time to causes like domestic violence and, typical of her hands-on approach, teaches at The New Opportunity School for Women at Berea College in Berea, KY, utilizing her knowledge of hair and makeup to help women build self-esteem. She also has a thriving consulting business, Attic Entertainment Artist Development and Entertainment Consulting business, teaching stage presence, hair, makeup, wardrobe techniques and video coaching. Stella.'s desire and ability to relate to people from all walks of life, coupled with her diverse talents, are qualities that have made her one of America's richest musical treasures.

Here's what you say about
Stella - Appalachian Blues.