Kellye Gray - And They Call Us Cowboys 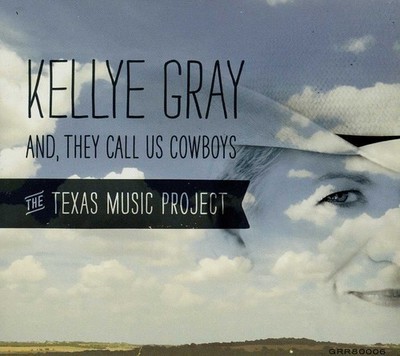 Throughout the years, pop and country music have been full of the creative spirit of many a Texan. Kellye Gray grew up in this vast talent pool and became eager to apply her hand to a few childhood gems. A lifetime spent as a postmodern jazz singer from Texas, but rarely identified as a Texas musician she dreamt of a way to embrace her heritage. She offered her 1971 Yamaha piano as barter to pay for the first demo sessions. It was a birthday present for herself. A year later she ran a successful Kickstarter campaign to finish recording and move to distribution & promotion. Some tunes will be familiar, but others come strictly from deep in the heart of Texas. The songs transform into bossa nova, shuffle blues, gospel, ballad, fusion and boogaloo. All the tracks have just a hint of Texas and a good dose of jazz. Kellye chose to record songs composed by fellow Texans Willie Nelson, Kris Kristofferson, Lyle Lovett, Christopher Cross, Shake Russell, Townes Van Zandt, Roy Orbison, Mac Davis and Roger Miller. The arrangements bubbled-up from the minds of Kellye Gray & Jake Langley with ease. Sessions were recorded live, in a studio where no one could see anyone else during tracking, not even the engineer. Keen ears more than make up for any sight issues. There's a little over-dubbing on the fusion tunes. The recording has that 'old-school' sound that seems like you can feel the music being made. No advanced prep for the musicians. Just talk down the chart, hit record and play until it's over. Gray's star first glinted brightly in the jazz skies back in the early 90's upon the rise of her, Standards In Gray (Justice Records). She then journeyed into the indie world to produce her sophomore effort. That album, Tomato Kiss (Proteus Recordings) landed solidly, just as her first, in the top 20. More recently two live recordings (released back to back in 2009) inspired JazzTimes to describe her as, "A layer cake with a dense Carmen McRae center, iced with swoops, dollops and occasionally wide swatches of Nancy Wilson and Billie Holiday, then dotted with Etta James bluesiness and Tina Turner wail. Gray's is an impressive, indeed frighteningly vast talent.' The music was created and recorded by world-class musicians who were born in Texas or make their living in Texas. The artists featured on the album are Kellye Gray (vocals), Jake Langley (guitar), Pamela York (keys), Kevin Lovejoy (keys), Chris Maresh (bass), Kyle Thompson (drums), John Mills (horns), Red Young (organ), Chris Lovejoy (percussion). "Simply the most exciting jazz singer to debut..." - James Jones, USA TODAY.

Here's what you say about
Kellye Gray - And They Call Us Cowboys.