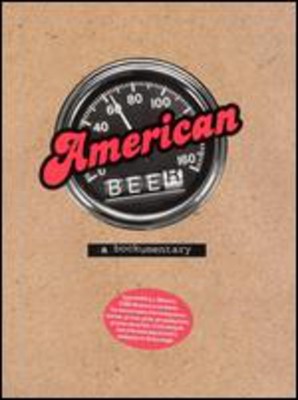 DVD. 5 guys left NYC on June 15, 2002, stuffing themselves and their gear into a rented minivan and setting out across the country. Along the way, they captured the stories and histories of the breweries and towns they visited, gaining insight from industry leaders such as Fritz Maytag, who saved the century old Anchor Brewery in San Francisco from bankruptcy in the late 1960's, Dick Youngling, the 5th generation family owner of D. G. Yuengling Brewery in Pottsville, Pennsylvania and Paul Shipman, the co-founder of RedHook Ales in Seattle, Washington. American Beer follows John Miller, Jeremy Goldberg, Richard Sterling, Rob Purvis and Paul during their 40 day, 38 brewery journey as they tour breweries and brewpubs, interview leaders of the craft brewing industry, taste beer, get drunk, get lost, get speeding tickets, get poison oak, check into hotels, check out of hotels, argue, bicker and fight. They defy the limits of the human body (and often the mind) by drinking beer for 40 straight days while traveling over 12, 000 miles. Thankfully, it was all very good beer! Narnack Records. 2005.

Here's what you say about
American Beer.