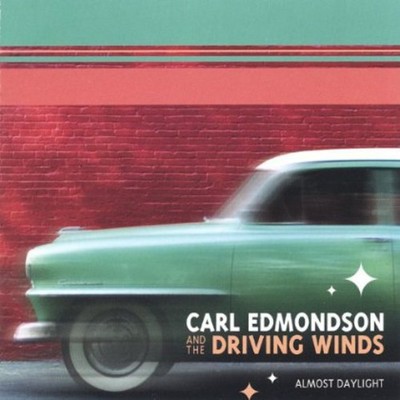 Carl Edmondson has been a lead guitarist/singer with popular Cincinnati groups since the '50s, including The Emblems and The Dolphins. The Dolphins formed in 1964 and had a national Top 40 hit with Hey Da Da Dow (Just a Little Thing Called Love) that Carl wrote, sang and produced. Edmondson has also put together local and national hit records for Lonnie Mack, The Charmaines, Kenny Smith, and the 2 of Clubs as a producer for Fraternity records. He has 5 chart records to his credit. Two of his sons, Dan and Josh, are members of the popular band, Oval Opus. Carl's band changed names several times but finally dubbed themselves The Driving Winds and landed a six-year gig as the house band at Guys and Dolls nightclub in Northern Kentucky. While there, they backed up the 2 of Clubs and Billy Joe Royal. Included among The Driving Winds are two of the original Casinos, Bob Armstrong (vocals and keyboard) and Ray White (vocals and bass). In 1967, the Casinos had a million seller with their hit, Then You Can Tell Me Good-bye. The Driving Winds band is also blessed with two very talented newer members, Ray Rissell (vocals and guitar) and Bobby Armstrong (drums). Incidentally, Bobby (son of Bob Armstrong) has been listening to the band since he was in the womb. A crowd-pleasing oldies band, Carl Edmondson and The Driving Winds is a mainstay in the Greater Cincinnati area, often included in shows along with national acts, as a 'legend' of rock 'n' roll. From the Cincinnati Post, 7/29/04: Edmondson's 'Almost Daylight' is a musically diverse and versatile CD of mostly original songs that delightfully go from classic crying-in-your-beer ballads to pop, jazz and rockabilly styles. Edmondson shows the maturity of a wise songwriter with tunes of adult relationships, longings for what might have been and dealing with a friend's lifelong alcoholism. His growling, yet pleading and warm vocals are heartfelt, like on his 'Roll Memory Roll,' when he sings 'Life is fragile. Love is everything/ Time is precious no tellin' what it'll bring/ It's OK to look back.' Edmondson's band is also a musical delight full of great veteran players including two original members of the Casinos, Bob Armstrong and Ray White, who had their own '60s million-selling hit with 'Then You Can Tell Me Goodbye.' Edmondson said he never has really stopped being a musician even though he has been a 'working man' over the years with warehouse and truck driving jobs. 'If you love music and love what you do and are paying attention to the things happening around you, you can't help but write something,' he said. 'If not you are brain dead.' Edmondson, a Sycamore High School grad, has been on the local music scene since the late '50s with various bands and may be best known in rock annals as the producer/engineer for the Lonnie Mack sessions at King Records in the early '60s that forged Mack's seminal rockabilly guitar sound, producing his hit 'Memphis.' 'It's amazing what we accomplished when we didn't know what we were doing,' Edmondson said with a laugh about those early days. 'My solace is the fact that I think the best Lonnie ever sounded was on the things I was involved with. I know it wasn't all me -- .We were lucky in Cincinnati in those days. We had Syd Nathan and King Records. When King left, so did the music in Cincinnati as far as it being a big-time town.' Edmondson's two oldest sons -- Josh and Dan -- are now having regional music success in modern rock band Oval Opus. Noting current computer recording technology can let almost any garage band crank out a CD, Carl has always cautioned his sons about the seductive technology. 'Musicians become basically computer operators and not recording engineers. I say to my kids, if all a guy can give you is more or less of something, get out of there. There is more to it than that, but there are people who have written these programs that have never engineered at a higher level.' On the other hand, Edmondson said he takes some razzing from his sons, who kid him that the current CD project literally took years to produce. He says the recording got off to a bumpy start. The first session was held Sept. 11, 2001. 'We just could not get to work,' he remembered.

Here's what you say about
Carl Edmondson - Almost Daylight.